on November 17, 2015
A pair of 12-year-old girls become unlikely gaming moguls when their school project becomes the biggest mobile game of the year in Nickelodeon’s new live-action comedy series Game Shakers. The show debuts in Asia with a special one hour premiere on Friday, 4 December at 5pm (TH), 6pm (HK/SG/WIB), 6.30pm (PH) and 7pm (MY) before returning to its regular timeslot on weekdays from Monday, 7 December at 3.30pm (TH), 4.30pm (HK/SG), 5pm (WIB) and 6pm (MY/PH).

Tying the show to today’s kids’ love of gaming and apps, the games created by Babe and Kenzie in the series will be made available to kids to play on Nick-Asia.com. The first game to be released is Sky Whale, featured in the premiere episode, which is available for free in the Apple and Google app stores. The Sky Whale game challenges players to bounce through the sky and to keep a narwhal up in the air, using clouds and crazy objects to go higher and farther, even into outer space or on an underwater adventure.

After an app they create for their school science project unexpectedly turns into the biggest mobile game of the year, Babe and Kenzie use their profits to start Game Shakers, a super-cool gaming company based in Brooklyn, New York. Not realizing they illegally sampled a song in their game from superstar rapper Double G, the girls decide to make him their business partner along with his son Triple G as a game consultant. Together, Babe, Kenzie, their schoolmate Hudson, Triple G and Double G work to make Game Shakers a huge success in the gaming world. 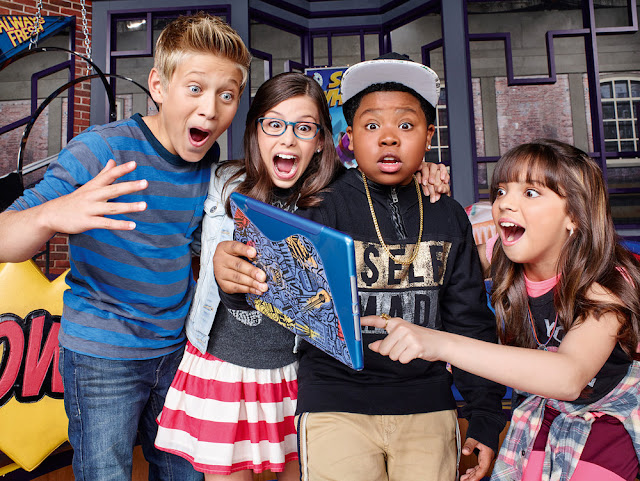 Writer-producer Dan Schneider has established himself as a dominant force in the world of family entertainment by creatively drawing on his affinity for youth culture at Nickelodeon. Under his Schneider’s Bakery Productions, he has carved a unique, progressive niche in the world of kid and family entertainment, as creator and executive producer of mega-hit series Henry Danger, Sam & Cat, iCarly, Victorious and Zoey 101, which have received multiple Emmy nominations, Schneider also created/executive produced The Amanda Show and Drake & Josh. In addition, his series all have the distinction of having won numerous Kids’ Choice Awards and recently received the first-ever Kids’ Choice Lifetime Achievement Award.

Schneider began with Nickelodeon as executive producer and show runner on the network’s groundbreaking sketch comedy series All That from 1994 to 1998, and then returned to run the show in its seventh season. He then went on to produce Kenan & Kel, starring Kenan Thompson and Kel Mitchell. Schneider also created the hit WB series What I Like About You. His comedic success has also translated on the big screen, writing and producing the popular films, Good Burger and Big Fat Liar.
Advertorial