A bit on the Pulau Tiga details to share.

Pulau Tiga is one of a group of small uninhabited Malaysian islands in Kimanis Bay off the western coast of Sabah. The islands were formed on September 21, 1897, when an earthquake on Mindanao caused a volcanic eruption near Borneo. The island is 607 hectares in size and has a couple of active mud volcanos at the highest part of the island. Pulau Tiga is one of the three islands that make up Pulau Tiga National Park. The Park Headquarters are on the island, comprising an office complex, and accommodation for the park staff and visiting scientists. rom here it is another 18 km, or about 30 minutes, by boat. Another way of getting there is by chartering a speed boat from Kota Kinabalu and cruise to Pulau Tiga, or fly to Labuan and charter a speed boat from Labuan. Pulau Tiga became well known through the Survivor television series. It was the setting of Survivor: Borneo, the first American season of the show. It was also the setting of the first seasons of the Swedish and British shows. 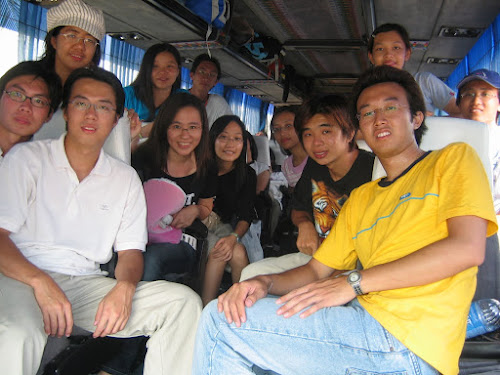 A group pictures in the bus. 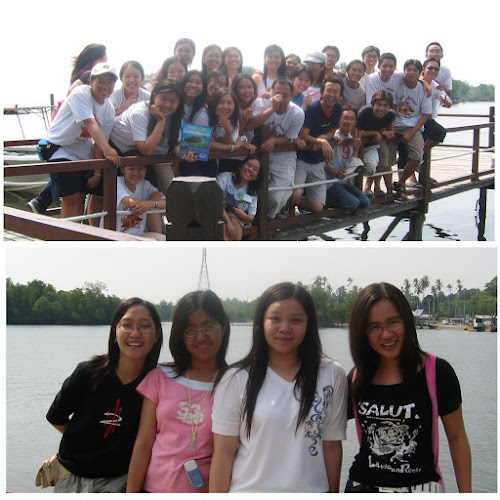 Before we head to the motor boat, we had our pix first 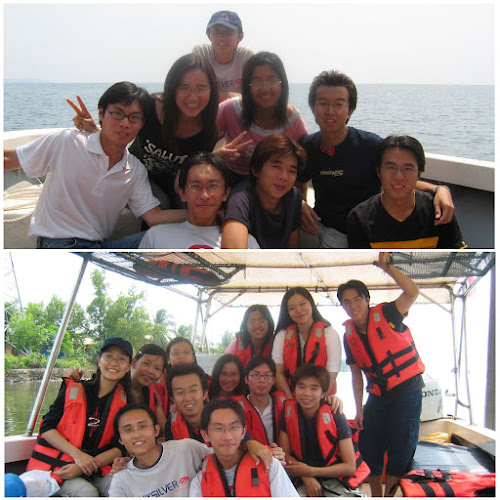 We also took some pictures where we are in the middle of the sea which is the Laut china Selatan where the boat motor dead. We reach there around noon and we have our trip photography and served with our lunch. Then, we headed to the mud volcano for a mud SPA.. haha.. which we did not really take pix due we are afraid the camera also will ended in the mud.


“The Mud Volcanoes - The volcanoes are now largely dormant, every few hours, gloop spatter cold mud over the surrounding vegetation. Many visitors are fascinated by this and some even spread the cold mud over their face and body.” 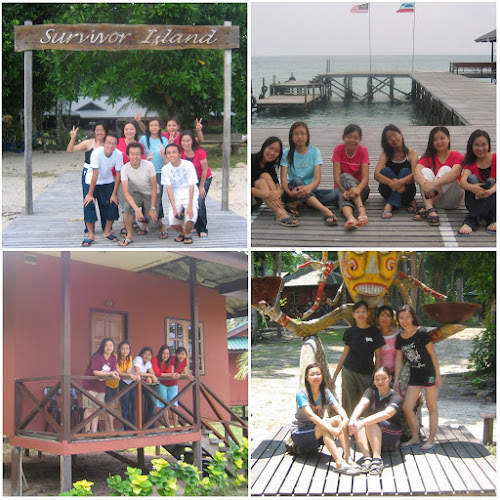 Then we have pix around the island and enjoying with the beach then till night. 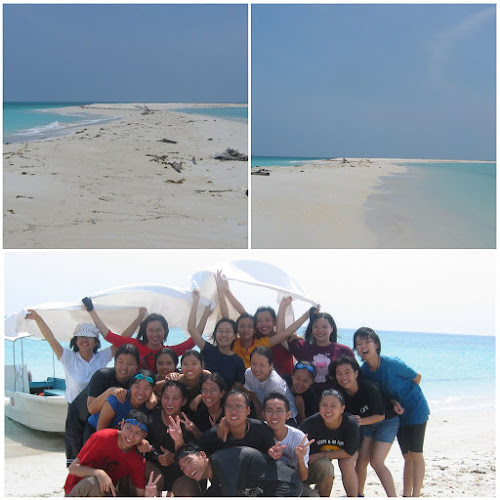 The next day, we had a shop trip to 2 islands which is a the Snake Island as well which is named as “Kalampunian Damit”.


“Pulau Kalampunian Damit is little more than a large rock covered in dense vegetation but is famous for the sea snakes that come ashore in their hundreds to mate. On any one day up to 150 snakes can be present, curled up under boulders, among roots and in tree hollows. It’s a fascinating phenomenon, made doubly enigmatic by the fact that the snakes are never seen on nearby Pulau Tiga. Not surprisingly, the local name for this islet is Pulau Ular (Snake Island). If you do come out here, beware of the snakes – they are extremely poisonous.”
We spend about 30 minutes in the islands and we can see there are many snake skins around the island. The tour guide also catches a snake out for our posting and memory reason that we are here 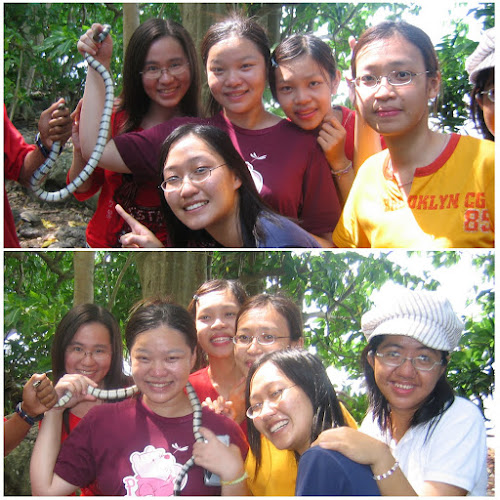 The last place we went is the Sand Island. The Sand Island is really beautiful and seas are blue. You can't find anything else except sand. It is named as Pulau Kalampunian Besar, now only a sandbar eroded by wave action.
And here ends our trip after visiting 2 islands. We headed back to the island had our lunch and our trip ended by taking the boat back to Kota Kinabalu.
Travel
Location: Pulau Tiga, Sabah, Malaysia