During the Christmas, we visited the Botanical Garden in Penang. The Botanical garden is a nice place for a walk as well as place for everyone to enjoy the fresh air, nice waterfalls. But beware of the wild monkeys there.


The Penang Botanic Gardens, (Malay: Taman Kebun Bunga) also known as the "Waterfall Gardens" because of the cascading waterfall nearby, is a public park situated on Jalan Air Terjun (Waterfall Road) in George Town on Penang Island, Malaysia. The original gardens were established in 1884 from an old quarry site, under the supervision of Charles Curtis, who was the first superintendent.
The Penang Botanic Gardens is perhaps the best place to escape to a green surrounding. Despite being so close to a major city, the Penang Botanic Gardens offers a place where visitors can relax and at the same time admire the local and important plants. There are many walking paths and tracks in the garden, including forest paths that lead to Penang Hill. It is recommended to go with those who are familiar so as not to get lost in the jungle.
During the afternoon, we make a visit to Chew Jetty for our photography. The place is very beautiful and the place is simply a nice place to visit. 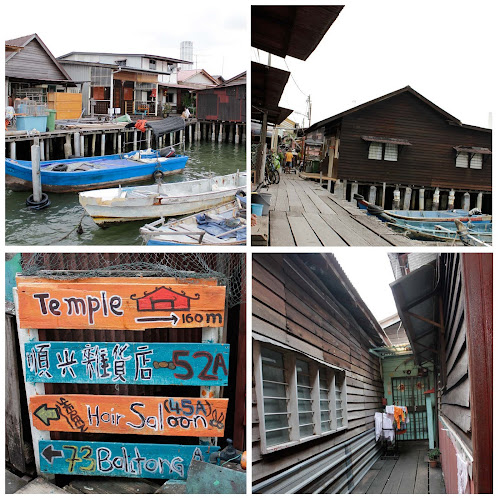 The clan jetty forms part of Penang Heritage Trail. Actually there used to be seven clan jetties, one was demolished by fire and then not rebuilt again to make way for other development (Koay Jetty). Now six clan jetties remain, with Chew Jetty having the longest walkway and the most number of houses built on stilts in the water.The jetties started in early 20th century as homes for Chinese fishermen in George Town. They were built as the silt and mud that line the area of Weld Quay made it impossible for boats to land during low tide. During high tide, the place appeared to be floating in water. This is also the place where Chinese dragon boat racing first took place in Penang.
Photography Travel