Went to Mid Valley and finally we manage to buy ticket for Avatar as well as Alvin The Chipmunks.

Avatar is a 2009 American epic science fiction film written and directed by James Cameron, and starring Sam Worthington, Zoe Saldana, Stephen Lang, Michelle Rodriguez, Joel David Moore, Giovanni Ribisi and Sigourney Weaver. The film is set in the mid-22nd century, when humans are mining a precious mineral called unobtanium on Pandora, a lush moon of a gas giant in the Alpha Centauri star system.The expansion of the mining colony threatens the continued existence of a local tribe of Na'vi—a humanoid species indigenous to Pandora. The film's title refers to the genetically engineered Na'vi-human hybrid bodies used by a team of researchers to interact with the natives of Pandora.
And later at night, we watch Alvin and the Chipmunks: The Squeakquel.

The world famous singing pre-teen chipmunk trio return to contend with the pressures of school, celebrity, and a rival female music group known as The Chipettes. 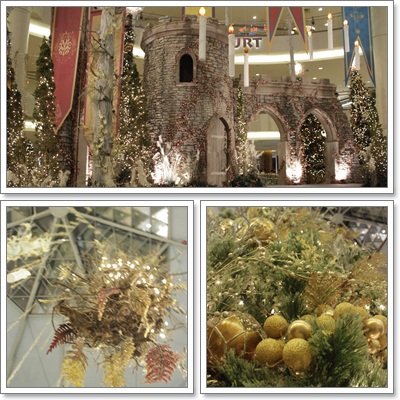 Aside, we took some pix of the Christmas decorations in Mid Valley
Events Movie