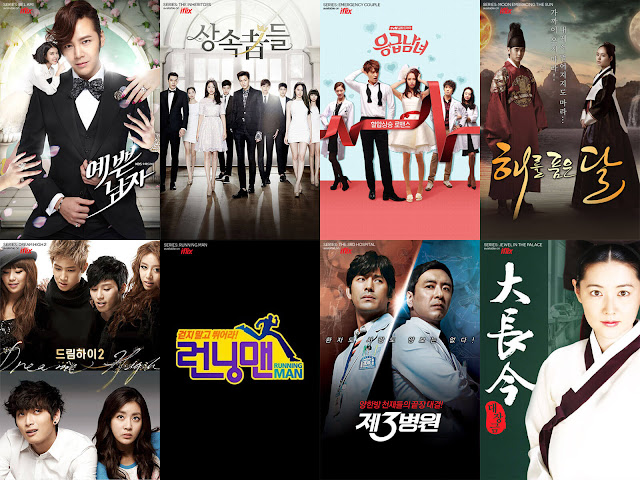 iflix, Southeast Asia’s leading Internet TV service, offering subscribers unlimited access to tens of thousands of hours of entertainment for a low monthly price, today announced it has entered into licensing agreements with all four of the top Korean content producers and distributors, KBS Media, iMBC, SBS, and CJ E&M, to offer Malaysian subscribers the best and most popular Korean television programming with the largest library of Korean entertainment available online. iflix’s enormous range of popular Korean titles include multi award-winning dramas such
as:
• KBS Media‘s Bel Ami(starring Jang Keun-suk, IU), Good Doctor, Dream High 2, and classic shows Winter Sonata and Full House;
• iMBC’s highly rated drama Moon Embracing The Sun, The Empress Ki, Medical Top Team and Jewel In The Palace (starring Lee Young-ae) one of the highest rated Korean dramas of all time;
• SBS’s multi-award winning shows such as My Love From The Star (starring Kim Soo-Hyun and Jun Ji-Hyun), The Inheritors, My Girlfriend is Gumiho, and all-time classic Stairway to Heaven;
• CJ E&M‘s star-studded K-pop dramas including The 3rd Hospital (starring Choi Sooyoung from SNSD), Emergency Couple (starring Ji-hyo Song from Running Man), Who Are You, Vampire Prosecutor.
iflix has also licensed exceptionally popular Korean entertainment titles including:
• Global phenomenon, top KPOP Chart Show M-Countdown from CJ E&M which iflix will receive just two weeks after its Korean broadcast;
• SBS’s multi award winning Running Man, one of Southeast Asia’s most popular variety shows.
The extraordinary content offering of more than 3,500 hours of English-subtitled Korean content is significantly wider, greater and more comprehensive than any other player on  the market. With Bahasa Malaysia subtitles being progressively added as well, iflix is unquestionably Malaysia’s best online destination for Korean television.
iflix Malaysia CEO, Azran Osman-Rani commented: “Malaysians are huge consumers of Korean content – These partnerships with the four main Korean content providers in the industry enable us to provide the most comprehensive Korean content offering in the market – all on demand, on any device, at any time.”
Having recently launched in Malaysia and the Philippines, iflix will roll out its world class service to additional key Southeast Asian markets, including Thailand and Indonesia throughout 2015, offering consumers one of the largest libraries of top U.S., Asian regional, and local TV shows and movies available in the region. Each subscription allows users to access the service on five Internet capable devices such as mobile, tablet, computer, or television set, for viewing anywhere, anytime.
Advertorial