on August 09, 2015
The Powerman Asia Duathlon Championships will make a comeback to Putrajaya on Sunday, the 6th of March in 2016, after a 2-year hiatus in the region. The race organizer, E-Plus Entertainment Productions, targets to have around 3,000 participants, including top duathletes from around the world, participating in the run-bike-run duathlon race format. 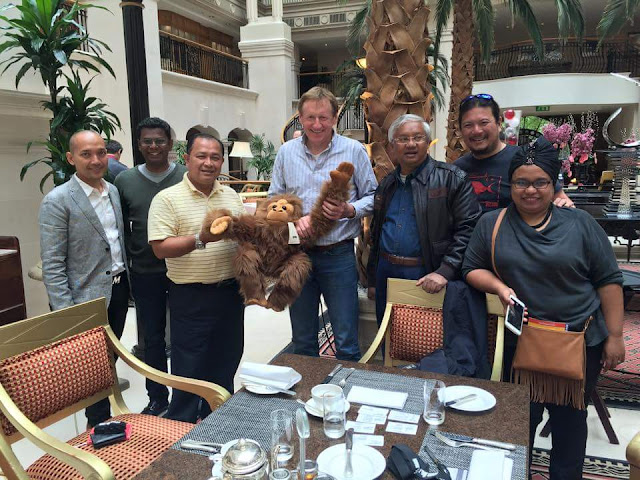 “Globally, Powerman is considered the pinnacle of Duathlon competition and the sport of Duathlon as a natural progression for runners and cyclists. As running and cycling continue to grow as competitive sports, we are happy the Powerman Asia Championships will be revived to provide a platform for these sportsmen and sportswomen to challenge themselves. Malaysia has hosted Powerman since 2002 and is the natural location to host the Asia Championships,” said John Raadschelders, President of the International Powerman Association.
“As we continue efforts in positioning Malaysia as a sports hub in Asia, we look forward to more global scaled outdoor events. In previous years, Powerman has attracted participants from up to 30 countries. By hosting Powerman in Malaysia, we target almost 2,500 international participants and spectators, with an estimated economic impact of RM16 million, generated from tourists’ expenditure. Powerman Asia Championships will not only attract elite competitors with twice the series points versus a regular Powerman race, it will also attract duathletes and fitness enthusiasts from around the region to Malaysia.” added Tony Nagamaiah, General Manager of Malaysia Major Events.
Entrants can expect to race in the Powerman Classic and Powerman Short distances, which offer the challenges of a 10-kilometre run, 60-kilometre cycle, 10-kilometre run, and 5-kilometre run, 30-kilometre cycle, 5-kilometre run respectively.
Participants wishing to compete as a team will also have the option of taking part in either the 2-person Powerman Classic Relay category, which will cover the 10km-60km-10km Classic distance, or 3-person Corporate Sprint category, which will cover the 5km-30km-5km Short distance.
Business Development Director of E-Plus Entertainment Productions, Iskandar Shahril, is confident of the event’s success. “We see tremendous growth in the sports market in Asia. With our increasing commitment towards developing our sports expertise, we believe E-Plus will continue to make inroads into sports business,” he said.
Registrations and pricing announcements for the race are expected to commence in September 2015.
For more information and updates, like us on the Powerman Malaysia – Asia Championships page on Facebook.
Events