Posted by Pamela Yeoh on September 13, 2015
British comedy icon Mr. Bean (Rowan Atkinson) headed to Buckingham Palace to celebrate 25 years of success and new animated Mr. Bean episodes airing on Boomerang (HyppTV Channel 555). Commuters and tourists alike were witness to a unique and rare display of live comedy from the funny man as he rode down The Mall in London, on the roof of his ever reliable lime green car, to celebrate in extra-special fashion. 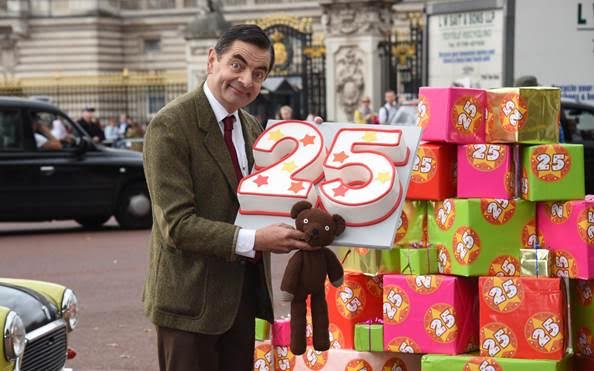 Racing down the world-famous road, weaving in and out of St James’s Park and towards Buckingham Palace and a huge pile of birthday presents, this wouldn’t be the same classic comedy icon we all know and love without him getting involved in a series of driving mishaps.


Not only did he manage to get the date of his birthday wrong by a week, but he managed to cause havoc to tourists around St James’s Park Lake and close down the entirety of the Mall on his journey to receive his birthday gifts, delivered to Buckingham Palace itself.

A classic symbol of British comedy worldwide, with fans in over 190 territories, 35 million Mr. Bean DVDs and videos bought, 63 million fans of Facebook and 1.5 billion views of his clips on YouTube, this surprise event was an one-off for fans from all over the world as they were treated to this typically ‘Mr. Bean’ visit from the eccentric man himself.