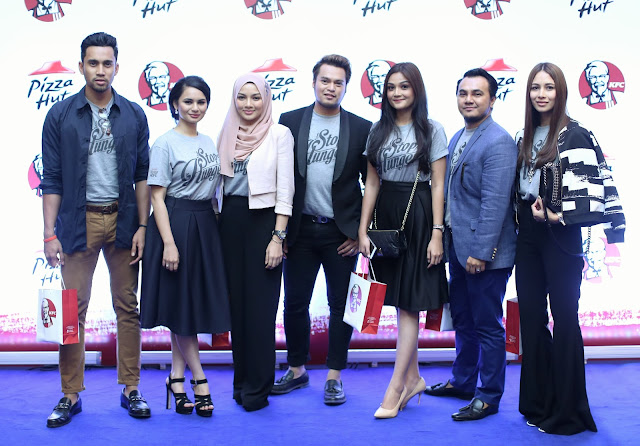 The annual initiative to help end world hunger raised money through a four-month campaign that began in June 2015. Similar to the previous years, funds were raised through the selling of KFC & Pizza Hut’s “World Hunger Meals” (these special meals were charged an extra 50 sen and channeled to the WHR fund), and donation boxes placed at KFC & Pizza Hut outlets. This year money was also raised online through the WHR Facebook page. 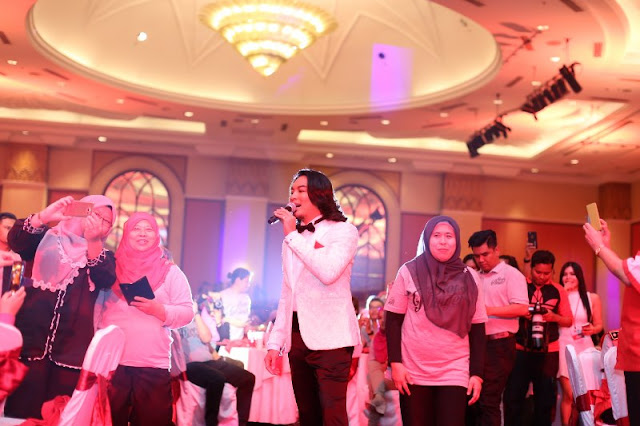 For 2015, to further increase contributions and awareness, the WHR Charity Concert was held on the 14th of November as the grand finale to KFC and Pizza Hut’s annual WHR campaign.
Addressing the guests, Dato’ Kamaruzzaman Abu Kassim, President & Chief Executive of Johor Corporation cum Chairman of QSR Brands (M) Holdings Sdn Bhd said, “WHR campaign keeps on getting better and better each year in terms of the awareness towards the campaign and funds raised. Your participation has definitely made a big impact in the lives of many families and individuals out there that are in dire need of food and monetary assistance.
“I would like to thank the generous public for their continuous support towards this noble cause,” he said.  “2015 is the year where we are seeing WHR Malaysia going all out not only to raise funds but also distribute funds collected in 2014 throughout Malaysia. My deepest appreciation also goes to all of KFC and Pizza Hut’s staff who have all worked really hard in making this year’s campaign a huge success. I hope that they will continue to actively participate in noble initiatives such as WHR in the future.”
As in previous years, the majority of the proceeds will be channeled across Malaysia via numerous associations with local NGOs and organizations in reaching out to underprivileged communities. A portion of the proceeds will also go to the United Nations’ World Food Programme to aid individuals from the most impoverished corners of the globe suffering from hunger and starvation.
More than a thousand guests attended the charity concert, which featured performances by local singing sensations Anuar Zain, Ning Baizura, and Misha Omar. Guests included sponsors, KFC and Pizza Hut employees, residents from local welfare and charitable homes, NGOs, celebrities as well as members of the media.
The Permaisuri of Johor, DYMM Raja Zarith Sofiah Binti Almarhum Sultan Idris Shah, was the guest of honor at the event as well as royal patron of the WHR. Also present to show their support were Belkacem Benzaza, Head of UN Humanitarian Response Depot, United Nations World Food Programme, Madelene Sachi, Chief Legal Officer Asia, Add Hope & Deliver Hope Ambassador Asia, YUM! Asia Franchise as well as KFC & Pizza Hut Malaysia’s WHR spokesperson, Scha Alyahya.