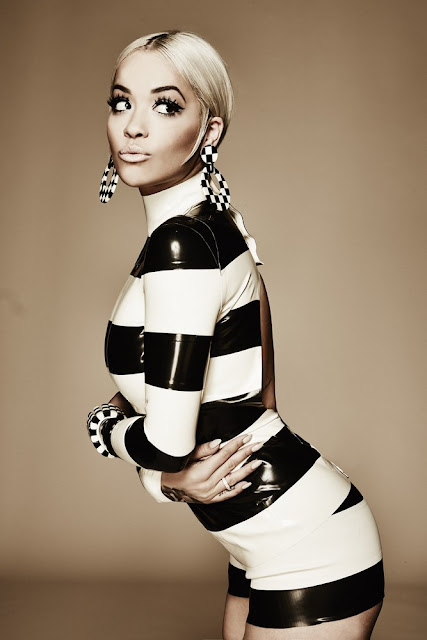 Much more than just your average singer, Rita Ora has been on the up-and-up from a very young age. Still only in her early 20s, she has topped music charts everywhere and performed on the world’s biggest stages – but success hasn’t come easily. Rita spoke to MTV as part of documentary series The Ride and shared some little known facts about her journey thus far. Rita Ora: The Ride premieres on MTV in Asia on Saturday, 2 January 2016 at 2pm (WIB), 3pm (PH/SG) and 4pm (MY).

• Rita is the Honorary Ambassador of the Republic Of Kosovo. Her family left the war-torn country when Rita was barely a year old. She returned in September 2012 to shoot the music video for “Shine Your Light”, which she wrote about her home nation. Rita’s family name is Sahatçiu.


• Rita’s first break happened by accident. She was tricked into performing at a fun fair talent show by her mother, where a GRAMMY-Award winning producer happened to be in the audience.

• When Rita moved from London to Brooklyn, New York in the December of 2009, she was so lonely and homesick she became great friends with Beyoncé, who she calls “Big Sis Bey”.

• Iggy Azalea supported Rita on her first U.S. tour and the two became close friends. Their collaboration, “Black Widow” was written by Katy Perry and went triple platinum in the USA and led to her stateside breakthrough.

• Rita was the genius who ripped Zach Efton’s shirt open at the 2014 MTV Movie Awards after presenting him with the golden popcorn for ‘Best Shirtless Performance’.

• As well as being a musician, Rita is also an actress. She has had film roles since the age of 15 and played the role of Christian Grey’s sister in the 2015 feature film Fifty Shades of Grey. She has also designed her own clothing line.

MTV’s The Ride follows today’s hottest artists as they reveal the most game-changing moments that transformed their lives, culminating in the #1 most important moment that changed everything. There’s nothing more powerful than an artist speaking their truth. The Ride lets today’s most talented performers tell their story – like no one’s ever heard before. Visit theride.mtv.tv for more information.

Rita Ora: The Ride is produced for MTV by Creature Films; executive producers are Mark Ford and Kevin Lopez for Creature Films and Bruce Gillmer and Jennifer Demme Harris for MTV International.
entertainment