on June 23, 2016
Satheswaran Mayachandran, chief executive officer of Asia Sports Group (ASG) confirms a sponsorship deal with KYT, one of the world’s largest helmet production manufacturing company, in conjunction with the upcoming FIM Asia Supermoto Championship 2016. Amongst the sponsorship deal, the Indonesian-based helmet producer will offer a lucrative prize for the overall race champion – a full-expense wildcard entry to contend in a world championship race. 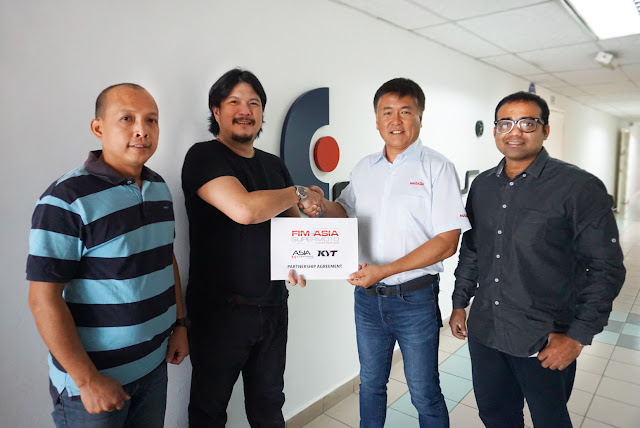 “With the surging supermoto market in Asia, KYT plays a pivotal role in elevating the race’s standard in the eyes of our fans and enthusiasts. We are pleased that a major brand as such has entrusted our race as the epitome for motorsport marketing to further enhance sales, marketing and brand positioning in the Asia market,” said Mayachandran.

This partnership with FIM Asia Supermoto Championship poses a great deal in enhancing our product’s quality and capability in the Asia market,” said Noriyuki Kawai, representative director of KYT Japan. In addition to the sponsorship deal, the company has also confirmed an establishment of a supermoto team comprises of two top regional riders to compete for the 2016 championship title. “The championship provides an opportunity for budding Asian talents to compete on an international level. Through this collaboration, we are committed to support, nurture and produce promising supermoto talents from across the region. FIM Asia Supermoto Championship will be a stepping stone for them to secure a brighter future in the motorsport industry,” Kawai added.