on September 26, 2016
Man With A Plan
Golden Globe Award winner Matt LeBlanc stars as Adam in a comedy about a contractor who starts spending more time with his kids when his wife goes back to work and discovers the truth all parents eventually realize: Their little angels are maniacs.  Adam feels fully equipped to take on more parenting responsibilities while his self-assured wife, Andi, returns to the workforce after being a stay-at-home mom for 13 years.

However, Adam is blindsided by how tough it is to wrangle three messy kids who can’t live without Wi-Fi.  Their preteen daughter, Kate, is a master manipulator and initially thrilled that “Daddy Fun Times” is taking over, middle child Teddy can’t seem to keep his hands out of his pants despite constant reminders, and their precious youngest, Emme, is nervous about starting kindergarten under the stern supervision of Mrs. Wannamaker. In the midst of it all, Adam’s older brother and business partner, Don, enjoys giving him terrible advice about how to run his family.  But, with Andi’s encouragement and advice from a couple of equally stressed parents, Marie and Lowell, Adam takes charge of his brood, lays down the law and discovers he’s going to “nail” this job.

Bull
Inspired by the early career of Dr. Phil McGraw, Weatherly plays the radical Dr. Jason Bull -- the ultimate puppet master as he combines psychology, human intuition and high-tech data to learn what makes jurors, attorneys, witnesses and the accused tick. This persuasive courtroom drama focuses the spotlight on Weatherly as he delivers a captivating performance that is unlike anything he's ever done in his career.

The X Factor UK S13
The month of October kicks off with the contestants making it through the six-chair challenge onto the Judges’ Houses where they will be whittled down again to the most deserving acts.  It will be nerve-wracking.  Tears will flow and dreams will come true for a few and for the others end.  After the Judges’ Houses, The X Factor UK gears up for the exciting Live Shows.

The X Factor UK Season 13 screens live via satellite on Sunday and Monday at 10.30am on RTL CBS Entertainment HD. Primetime encores take place on Sundays, Monday and Thursday at 9.00pm.

Scorpion S3
Aside from saving the world from the biggest technological threats, there are so many things to look forward to with Scorpion’s latest season.  At the recent 2016 Comic-Con event, Scorpion season 3 executive producer Nicholas Wootton revealed that the upcoming season will be packed with action and emotion-filled episodes, not to mention more mind-blowing revelations.  The producer added that the characters will take a massive personal turn while Happy's revelation about her previous marriage will agitate the team.

Scorpion season 3 will tackle Walter's pursuit for emotional maturity.  Storylines for this new season include Cabe’s new love interest, as well as on Ralph’s role as a translator for a boy with autism who can't speak; plus the developments on Walter and Paige’s blossoming relationship. Scorpion stars Elyes Gabel, Robert Patrick, Katharine McPhee, Jadyn Wong, Eddie Kaye Thomas, Ari Stidham and Riley B. Smith.

The Odd Couple Season 3
What’s in store for the odd couple this new season?  In the last season, we saw Oscar unknowingly go on a blind date with Felix's ex-wife Ashley after Felix himself convinced him that blind dating was just what he needed. Emily was thinking of agreeing to a London-based jewellery design internship offered to her, although taking this opportunity would mean being apart from Felix for three long months. Will there be new loves for Oscar and Felix?

Elementary Season 5
In the Season 4 finale of Elementary, Morland Holmes became the new leader of Moriarty’s syndicate, fired his team of henchmen, and left for England—not before promising Sherlock that the group would withdraw from New York.  Some serious questions have left us hanging.  Was that the last we saw of Morland?  Will Sherlock ever get past the things his father has said? 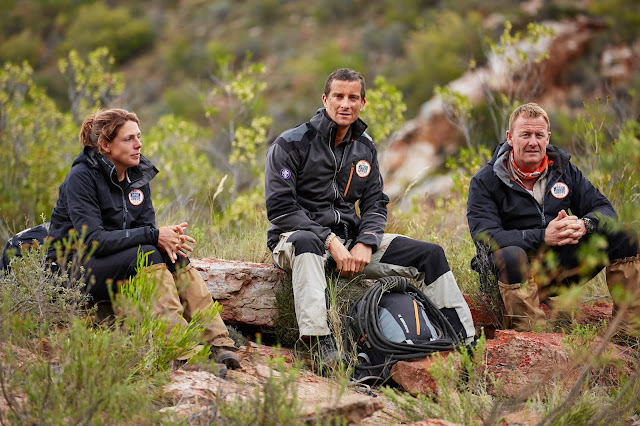 Get Hyped on RTL CBS EXTREME HD
Bear Grylls Mission Survive Season 2
Seven celebrities battle through the wilds of Southern Africa on an uncompromising 12 day survival expedition. They are pushed to their psychological and physical limits to see who has the heroic qualities needed to become Bear’s Mission Survivor.

This year the expedition team confronted more terrifying challenges than ever before: surviving dangerous animals, facing a dizzying arsenal of high-octane survival scenarios and travelling further across the mountains and down to the coast. Combined with ever changing weather conditions – from the harsh African sun to torrential rain and bitterly cold nights – this journey is the toughest Bear has ever set for celebrity survival rookies.

Join Bear Grylls on a whole new adventure of In Bear Grylls: Mission Survive season 2 on the premiere episode on 15 October. The show runs on Saturdays and Sundays at 8:40pm on RTL CBS Extreme HD (HyppTV ch. 617). 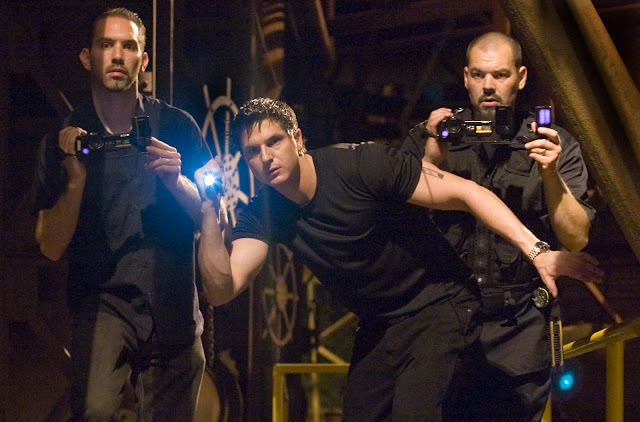 Ghost Adventures: Horror from the Other Side
The 24-hour Halloween Special sees Zak Bagans and his team of paranormal investigators travel around the world hunt for ghostly connections.  The selected episodes capture the most haunting, sometimes disturbing experiences and locations ever visited.


Penn & Teller:  Fool Us
Legendary duo Penn & Teller star in this a one-hour competition series celebrating magic. Hosted by Alyson Hannigan (from How I Met Your Mother), each episode of PENN & TELLER: FOOL US sees aspiring magicians perform their best trick to try and fool the world-famous team of Penn & Teller.  Anyone who succeeds wins the right to perform with Penn & Teller in their celebrated show at the Rio Hotel & Casino in Las Vegas. The live studio audience and the TV audience watch along with Penn & Teller as they try to figure out the secrets. Penn & Teller see the trick only once and have to immediately try to work it out. The live studio audience knows there are no camera tricks, secret edits or helpful camera cuts. This is all real magic.

About RTL CBS Entertainment HD
The general entertainment channel with the best mix of reality, drama, comedy and daily programmes. It features shows aired express from the U.S. or U.K. including series Limitless, Scorpion, House of Cards, Beauty and the Beast, Elementary and The Odd Couple; talent competitions Britain’s Got Talent and The X Factor UK; dailies Entertainment Tonight, The Insider, The Late Show with Stephen Colbert and The Late Late Show with James Corden.  It is also home to some of the biggest award shows in the world.   Aired ‘LIVE,’ these include The Golden Globes, Screen Actors Guild Awards, American Music Awards, the People’s Choice Awards and Billboard Music Awards.

About HyppTV
Malaysia’s fastest growing IPTV service; HyppTV is available to Streamyx and UniFi customers nationwide. TM’s UniFi is currently being offered via three (3) residential packages. The residential triple-play packages are VIP30 at RM199 a month and VIP50 at RM229 a month. For Streamyx, HyppTV is available with 8Mbps as part of its triple play service at RM160 a month that includes 23 free channels, while for 4Mbps subscribers, HyppTV features a wide range variety of high quality contents with an affordable, rain or shine viewing experience is offered as an add-on service with a commitment of a HyppTV Pack for a minimum of RM30 a month that also comes with 23 free channels. HyppTV’s multiscreen offering can be enjoyed by downloading the HyppTV Everywhere apps on Androids Play Store or Apple’s App Store hence you can now watch your favorite HyppTV programmes on smartphones, tablets or PC. HyppTV is also available to UniFi and Broadband business customers.

HyppTV has most recently been honoured with the Best Component or Enabler Award at TV Connect Industry Awards 2014 (previously known as IP&TV Industry awards) in London, this year. This is the second year in a row the service was recognised at the international front as HyppTV was awarded the Best Online TV Service or Solution at the same award ceremony in 2013. With these awards, HyppTV created history by being the first Malaysian IPTV service to win an award at the prestigious event, which recognise, reward and celebrate innovation, excellence and achievement in the Connected Entertainment industry.

HyppTV now offers its customers a total of 116 channels with 45 channels in High Definition (HD) - consisting of 55 premium channels, 23 free channels, 5 Radio channels, 11 Video-On-Demand (VOD) channels and 24 interactive channels in a wide variety of affordable packages or via ala-carte options. HyppTV is powered by TM’s high speed broadband service, UniFi and Streamyx 4Mbps and 8Mbps which are available to viewers come rain or shine with 14 days catch-up feature and 2 hours time-shift function through UniFi and Streamyx residential and business packages. HyppTV customers will also enjoy the world class entertainment line-up on the move via HyppTV Everywhere or HyppPlay, a Video-On-Demand channel which offers a series of content available on HyppTV for binge watching. To date, HyppTV has more than 1 million subscribers.