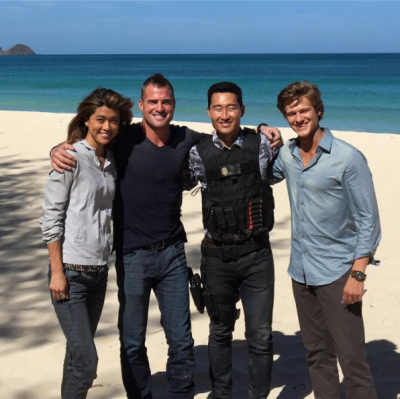 Get ready for double the action when two of AXN’s highest rated TV series, MACGYVER and HAWAII FIVE-0, collide for a no holds barred crossover episode this March 11, Saturday, 9.05pm, same day as the US!

When Mac and the team travel to Hawaii to aid in earthquake relief efforts, they team up with Chin (Daniel Dae Kim) and Kono (Grace Park) from the Five-0 task force to rescue a group of government scientists trapped in a building. However, as they work on the complicated rescue, a group using the chaos as a distraction aims to steal the top-secret weaponry from the scientists.

“This crossover has almost seemed inevitable since the day MACGYVER premiered,” says MACGYVER and HAWAII FIVE-0 Executive Producer Peter Lenkov.  “We have always envisioned that our H50 ohana and the Phoenix team live in the same universe and it was about time that Mac and Jack had a case in Hawaii.”

AXN is the leading English general entertainment channel in Asia with engaging content that redefines action. Check out AXN’s new look and programming schedule at www.AXN-Asia.com or join the conversation on Facebook at AXNAsia.