Celebrate the Power of Friendship with Animax this March! 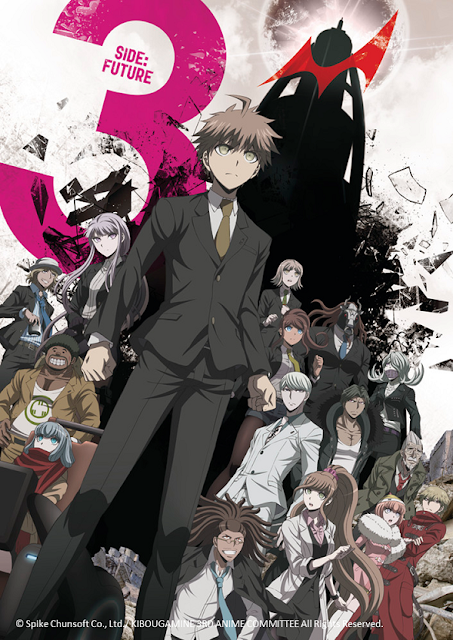 The power of friendships takes centre stage with three new, premiering series on Animax this March!
Test the limits of friendships in Danganronpa 3: The End of Hope’s Peak High School!
A continuation of the popular Danganronpa series, this new season is split into two arcs – the Despair Arc and the Future Arc – which will air concurrently on the channel.  The Despair Arc examines the origins of the Ultimate Despair and how the killing games came to be at the school, while the Future Arc follows the journey of Makoto and his friends as they try to survive another killing game while working to defeat the Ultimate Despair.  Pitted against each other, can their friendships and alliances survive Monokuma’s twisted games?
Danganronpa 3: The End of Hope’s Peak High School premieres on 2 March, every Thursday and Friday, with the Future Arc at 10pm and the Despair Arc at 10.30pm.

________________________________________
Friends are your best allies and rivals in Girlish Number!
University student Chitose Karasuma is an idealistic aspiring voice actress, and she is full of hope for her future as she makes her entrance into the voice acting industry.  As she works towards her dreams, she meets like-minded friends with wildly different personalities and backgrounds, but they are united by their common goal of becoming acclaimed voice actresses.  Behind the curtain of fame and fortune, however, what is the reality that awaits them?
Girlish Number premieres on 1 March, every Wednesday and Thursday at 8pm, with two episodes back-to-back.
________________________________________
Friends make up for each other’s flaws in Luck & Logic!
On the run after being defeated in a lengthy war on their homeworld, Gods have invaded the human world as they look for a new place to live.  In order to protect humans from these Gods, the government deploys a special taskforce known as the Logicalists.  Civilian Yoshichika Tsurugi was once a member of this taskforce until he loses his “Logic” ability.  One day, while helping others escape from the Gods, civilian Yoshichika Tsurugi encounters the beautiful goddess Athena, who possesses the “Logic” ability that he lacks, and an unexpected destiny begins to unfold between them…
Luck & Logic premieres on 22 March, every Wednesday and Thursday at 8pm, with two episodes back-to-back.
Animax is available in Malaysia on Astro Channel 715.