Posted by pamela yeoh on April 04, 2017
Malaysian actor and heartthrob Zul Ariffin hosted a special meet and greet with fans last Saturday 18 March 2017, at eCurve Mall as part of the #Semuabolehduit campaign. Facing a crowd of more than a hundred people, Zul Ariffin charmed the audience while he shared his personal experience using Carousell, and gave excited fans a chance to buy a preloved shirt, necklace and snapback on his Carousell account @zulariffin. 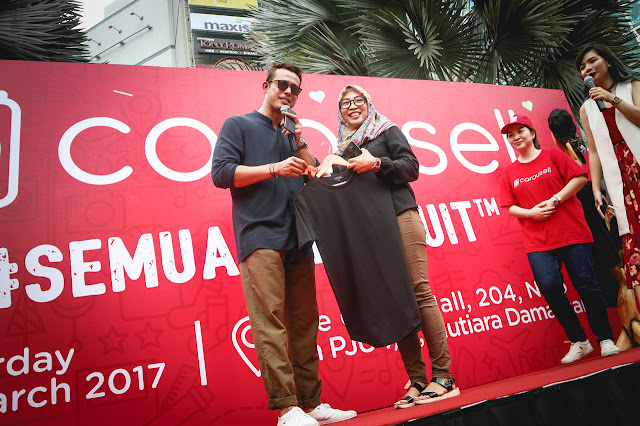 Zul Ariffin shared, “When I was first approached by Carousell, I immediately said yes because I like the concept and have lots of things to declutter from my house. It is as simple as “snap, list and sell”, anyone can do it less than 30 seconds. Semua Boleh Duit! I am also glad that this partnership has brought me closer to my fans.” 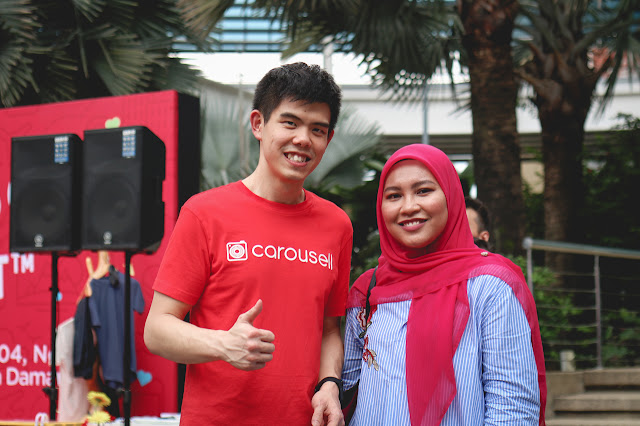 One of the world’s largest and fastest growing mobile classifieds marketplace, Carousell lets anyone with a smartphone buy and sell their things simply.
Carousell user @ishalala and long time fan, Iela, 31 year old, who met Zul Ariffin up close at the event was unable to contain her excitement. “As a Carousell user for more than 9 months, I enjoy how simple it is to use and how quickly I can sell my items. When I heard that Carousell was having a meet and greet with Zul Ariffin, I had to try my luck! Really happy that I got to meet my favourite star. I encourage everyone to download and try Carousell because it can really help you to declutter your house and make some money!”
Siu Rui Quek, Co-founder and CEO of Carousell was also present at the event. He said, “It’s been just over two years since Carousell officially launched in Malaysia. We’re now one of the largest mobile classifieds marketplace in Malaysia with over 6 million items. This wouldn’t be possible without the support of our passionate community of buyers and sellers, and leaders like Zul Ariffin who believe that changing the way we consume can make life more meaningful. With the #Semuabolehduit campaign, we aim to empower everyone with the means of clearing their space while earning some cash.”