NIVEA MEN and 11street Bring Out the Champion in You 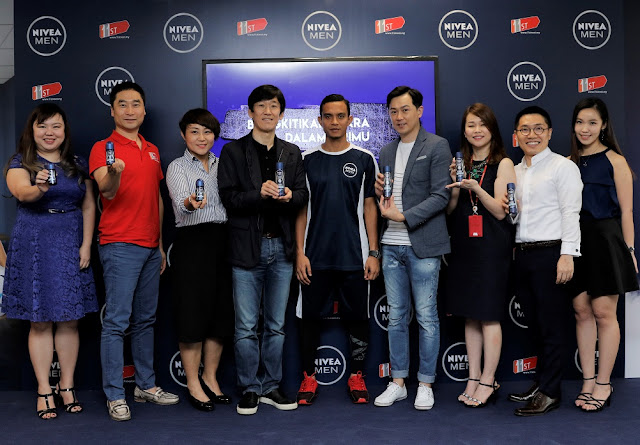 As blessed as we are with the tropical weather in Malaysia, we also endure humidity, which can be unpleasant when we sweat a tad too much. Today, leading skin care brand for men, NIVEA MEN, showcased its NIVEA MEN Cool Powder Deodorant on 11street, and a nationwide promotion from today until 15 September 2017.

Along with its brand ambassador and winner of the 2016 FIFA Puskás Award, Mohd Faiz Subri, NIVEA MEN endeavours to pave the way to instant cooling sensation, comfort of powder, and provide long-lasting dryness even under the most testing situation, for all Malaysian men. 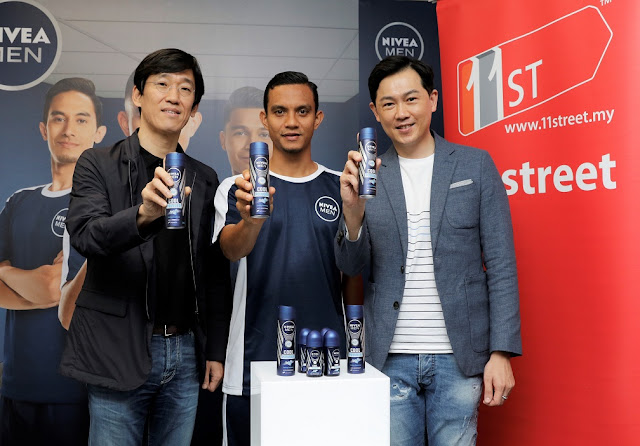 Chief Operating Officer of 11street, Chuljin Yoon said: “Late last year, we learned that men who have never shopped online would be twice more likely to shop for products online this year. Based on our year-to-date comparison between 2016 and 2017, we have already seen a two-fold increase in the purchase of men personal care products on 11street. As such, now that 2017 has beckoned, our partnership with NIVEA MEN will not only solidify our revelation, but also show how men these days make careful selection of their daily personal care products.”

Echoing the sentiment, Country Manager of Beiersdorf Malaysia and Singapore, Ng Hock Guan explained: “NIVEA MEN would like to inspire men to take charge of their personal care, and to empower them to bring out the champion in themselves. Through this collaboration with 11street, we want to introduce men to the NIVEA MEN Cool Powder Deodorant that provides instant cooling sensation, comfort of powder, long-lasting dryness, and that includes smelling good!”

The Power of the Powder

In two applicator formats – roll-on and spray – the NIVEA MEN Cool Powder Deodorant is enriched with micro powder particles and leverages a powerful sweat control system to provide a dry yet non-sticky feeling throughout the day.

As the brand ambassador for NIVEA MEN, Faiz Subri, who gained international fame with his unforgettable free-kick for Penang against Pahang in the Malaysian Super League 2016 said: “My life as an athlete requires me to be at the top of my game. I train hard to give only my best performance to my team and country, and along with that, comes the challenge of staying cool and fresh. Thanks to NIVEA MEN Cool Powder Deodorant, I can focus on my game and leave the sweat and odour control to this remarkable deodorant.” 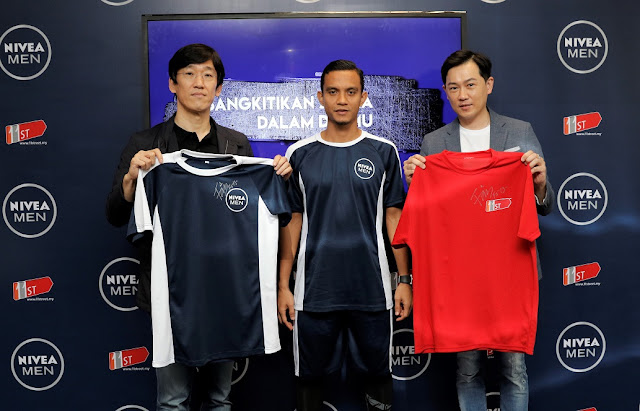 Ng elaborated: “With Faiz Subri and millions of busy Malaysian men in mind, we are bringing our product offerings to the next level by making it easily accessible online through 11street. We believe we have made the right decision in partnering with 11street who has exemplified good successes in helping brands penetrate the online sphere; therefore, we have complete confidence in 11street’s ability to help us amplify the reach to male shoppers throughout Malaysia.”

Yoon concluded: “We are honoured to partner with NIVEA MEN in this quest to unite men with their personal care products; at the same time, elevate our fulfilment services to open up a world of exciting products for our male consumers.”

Bring Out the Champion in You 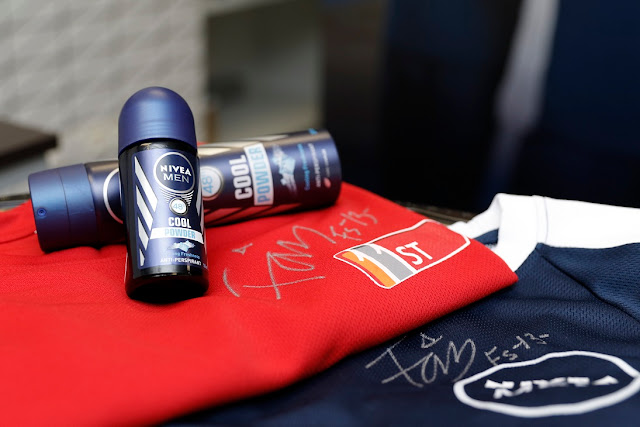 In conjunction with the launch, 50 shoppers will stand a chance to grab a total of RM5,000 worth of Al-Ikhsan voucher with a minimum purchase of RM15 worth of NIVEA MEN products on 11street by 15 September 2017.

For more information on the contest, please visit:
http://www.11street.my/benefit/promotionDetail.do?planDisplayNumber=593124