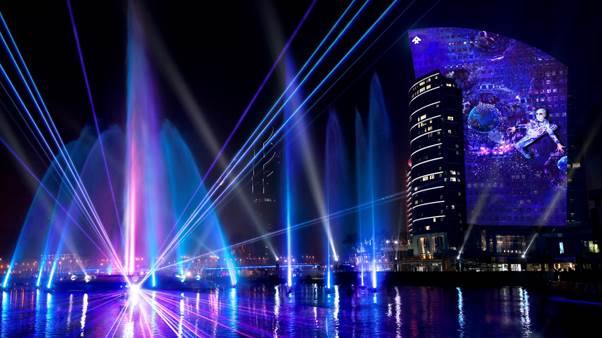 At the 14th Annual International Business Awards in Barcelona on 21 October, Laservision won two gold awards for Creative Department of the Year and Technical Innovation of the Year. 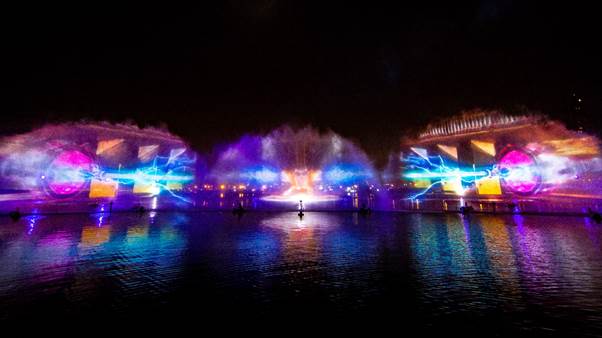 The awards recognised Laservision’s work in the entertainment industry and continued advancement in Mega Media technologies. Laservision was also given a Silver award as Creative Team of the Year for the creation of its latest multi-media Spectacular installation in Dubai, IMAGINE.

Laservision was established 36-years ago and applies its engineering and creative skills to designing and developing World Class Mega Media Spectaculars around the globe. One of the company’s most recent installations, IMAGINE featuring at Dubai Festival City took over four years in research and development, and creative concept planning leading up to its installation.

At IMAGINE, the technology provides a permanent video-mapping solution on Dubai’s InterContinental Hotel, with the installation involving a combination of engineering and creativity expertise along with a requirement to provide a reliable, repeatable and reprogrammable solution every night of the year. The World Record achieving installation involves 60 high-definition projectors illuminating the 4,857 square metres of the InterContinental Hotel.

The International Business Awards recognised what it described as Laservision’s industry-leading permanent projection-mapping technologies and their inhouse technical expertise utilised to achieve the record setting installation.

Laservision’s CEO and General Manager, Shannon Brooks, said the requirement to achieve perfect alignment and synchronisation at all times was a huge challenge since a permanent projection-mapping project on this scale had never been tackled before.

“Unlike many event-based projection-mapping solutions that might run over the course of a day or a few weeks, the engineering and technology used in our solution needed to provide consistent and reliable results throughout the year and for years to come every night of the week,” Mr Brooks said.

“You can’t do this without a great team of talented people and winning these awards is a demonstration of what Australian technology can give the world,” Mr Brooks said.

IMAGINE opened to the public in 2016 and continues to draw visitors from around the world to Dubai.