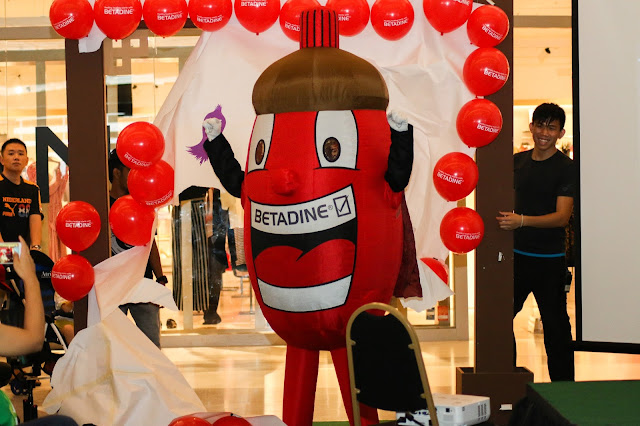 BETADINE®, which is produced by Mundipharma, is the trusted Povidone-Iodine brand worldwide to prevent and treat infections, and the team behind the BETADINE® brand in Malaysia and its co-organiser Stickman will attempt to break the Malaysia Book of Records for the largest group of children in Malaysia performing the correct hand washing steps together to mark World Children’s Day. 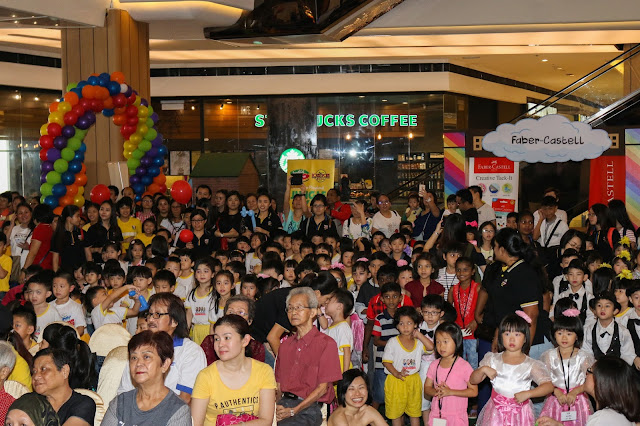 The event aims to gather over 2,000 children at the Concourse Floor of Atria Shopping Gallery on Saturday, 7 October 2017 at 10.00am to 1.00pm. The event will be attended by children aged 4-12 from various kindergartens, primary schools and orphanages around the country, and representatives from both the Ministry of Health Malaysia and the Malaysia Book of Records. 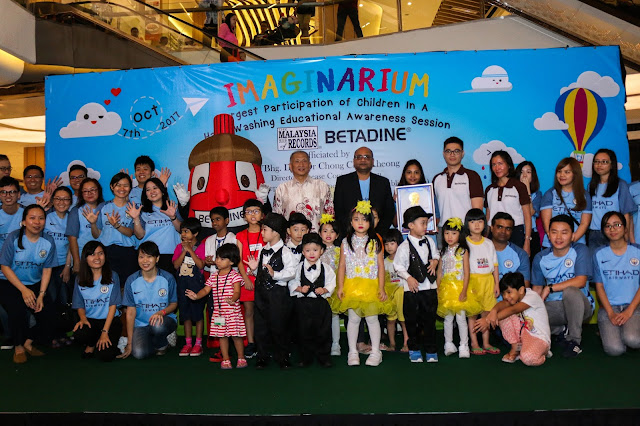 Malaysia has seen a surge of cases of the HFMD in the past year with a total of over 23,000 cases reported between January to August of 2016[1]. While both adults and children can contract HFMD, children below the age of 10 are more susceptible to the disease due to the lack of immunity to the viruses. The World Health Organization have also reported an increase in cases of HFMD in Malaysia, as well as cases of Influenza cases around Southeast Asia for this year up until the week of 20th August 2017.

Hand washing is a recommended step by the Centers for Disease Control and Prevention to make sure that they are protected against the spread of illnesses. This event to promote hand washing habits for better hygiene protection is also timely ahead of the upcoming anticipated annual flu (Influenza) peak season in tropical countries like Malaysia. Flu viruses circulate year round, with an increase in influenza incidence observed in April–July and November–January.

“Hand washing is an excellent way to protect against the spread of viral and bacterial infections, as nearly 80% of infectious diseases are transmitted by touch” said Director Disease Control Division, Ministry of Health Malaysia, Dato' Dr Chong Chee Kheong. “It is wonderful that BETADINE® Malaysia has a goal to educate as many young children possible.”

“Everyone knows that they should, and know how to, wash their hands, but not many practise the correct way of washing them,” said Suresh Pragasam, Regional General Manager of Mundipharma South East Asia “We must teach children the correct steps to wash their hands in order to instil healthy hygiene habits and prevent infections.”

The event will kick off with an official launch by Dato’ Dr Chong Chee Kheong and representatives from the Malaysia Book of Records. During the record-breaking event, participants will dance to an original jingle composed by BETADINE® Malaysia. The catchy song will not only help children to remember the important steps in hand washing but also includes when they should wash their hands.

Team BETADINE® has earlier reached out to over 30 kindergartens, including more than 2,000 children around the Klang Valley to educate children on the importance of healthy hand hygiene practices, in addition to the correct ways of hand washing. The team behind the brand also plans to expand this initiative to other regions, in an effort to help the public identify early symptoms of HFMD and Influenza and ways of prevention.

Record-breaking attempts aside, the team behind the BETADINE® brand also plans to educate children on the effective way to wash their hands using the BETADINE® Antiseptic Skin Cleanser which contains the active ingredient, 7.5% povidone-iodine: a scientifically-proven antiseptic that kills bacteria, fungi and viruses that cause infections[6], and offers additional germ-killing action against viruses. The antiseptic wash has been clinically-proven to kill 99.99% of the leading strains of HFMD such as Coxsackievirus (CA16), Enterovirus 71 (EV71) and Influenza.

BETADINE® Antiseptic Skin Cleanser is a suitable choice to prevent the transmission of germs on human skin. It not only kills bacteria and fungi but is also effective in eliminating disease-causing viruses responsible for HFMD6, Influenza, common cold and flu10, which is recommended to be used when there is a high risk of germs transmission that may cause an infection.

BETADINE® Antiseptic Skin Cleanser comes in a distinct golden brown colour that helps to identify the areas of the skin that users have washed without staining the skin, fingernails or hair. This is extremely helpful for children in order to determine whether they have washed their hands thoroughly or not.

Team BETADINE® will be doing a concourse event from Friday, 6 October 2017 to Sunday, 8 October 2017 at the Concourse Level of Atria Shopping Gallery for attendees to learn more about the correct ways to wash their hands. There will be experiential booths set up which will include games on maintaining hygiene and giveaways. Families are encouraged to bring their children for a fun-filled educational weekend on hygiene.

BETADINE® is also the Official Healthcare Product Partner of Manchester City Football Club – one of the world’s best football team and well known all over the world. As sports can be a major source of inspiration for many people worldwide, BETADINE® finds it essential to raise awareness on important health issues through sports. This includes the prevention of infectious diseases, especially in emerging markets like Malaysia where outbreaks are on the rise