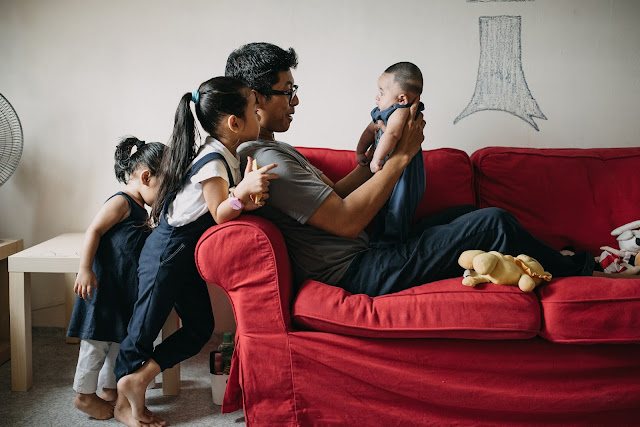 With a focus on fathers and the importance of their presence during the early years, IKEA Malaysia introduces one month paid paternity leave for its co-workers to celebrate more Malaysian Dads who take an active share in childcare – from giving bottles and burping to kisses and cuddles.

“IKEA has always taken an interest in life at home for families and we embrace Swedish values – including equality at work and at home,” says Lydia Song, HR Director for IKEA Southeast Asia. “We believe both men and women should have an opportunity to be actively involved in raising children.”
“This year, throughout our stores and offices in Southeast Asia, we have introduced one month of paid paternity leave to enable new fathers to care for a baby in that first incredible month. We see that this small step is making a big difference to the dads in our business, and their partners.”

IKEA Southeast Asia introduced its one-month paid paternity leave benefit on January 1st  this year, and Muhammad Rizal Sunalim is among the first Malaysian co-workers to claim the benefit.
“This was golden time for me and my family,” says Rizal, a team leader for IKEA Food who, along with his wife, works at IKEA Cheras. The couple have three children.

“With our first two, my wife had to do everything on her own. This time, I had an opportunity to look after my baby and my wife, too. It meant so much to her because she was able to get some rest and support. I cooked for the family, I did laundry, I looked after our two little girls. The bonding time has been really nice.”

In conjunction with the introduction of the one-month paid paternity leave, IKEA Malaysia and the Embassy of Sweden in Malaysia are teaming up to launch a photo contest that celebrates local dads. Ten selected dads in Malaysia will win a session with a professional photographer and see their portraits go on public display alongside a Swedish Dads – a photo exhibition by award-winning photographer Johan Bävman - at the National Art Gallery as well as the MyTOWN Shopping Centre.

H.E. Mr. Dag Juhlin-Dannfelt, Ambassador of Sweden to Malaysia, hopes that the photo contest and Swedish Dads exhibit will raise awareness of the importance of equality in parenting, where both moms and dads play roles of equal importance.

“We want to share the Swedish approach to gender equality and parental leave, based on both parents taking an active role in caring for their children. We hope to inspire Malaysian dads to benefit more from the invaluable experiences that come with harmonious and equal parenting. We believe family-friendly workplaces – and paternity leave benefits in particular - are a win-win-win situation. Parents get more family-life balance and employers get more productive and satisfied employees.”