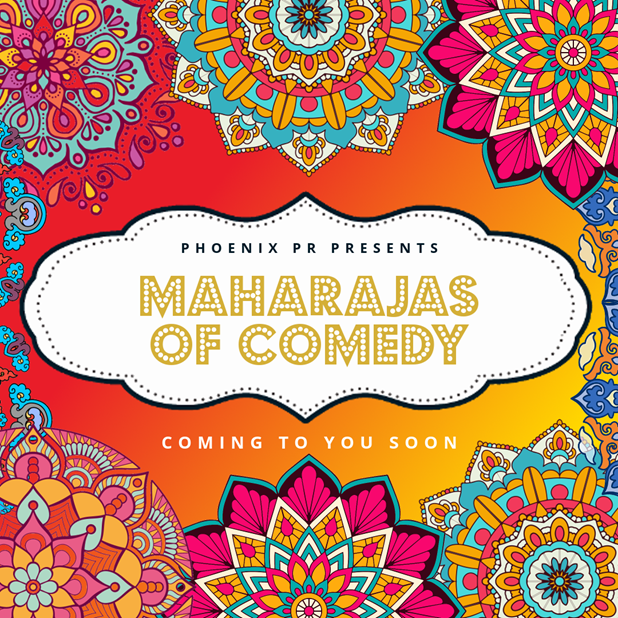 Comedy lovers are in for a treat as Maharajas Of Comedy will showcase a never before seen ensemble of India’s finest comics. Kanan Gill, Varun Thakur, Sahil Shah, and Anuvab Pal will be entertaining fans with their ‘masala’ laced comedy, at the exquisite KLCC Plenary Hall on the 20th of January 2018. 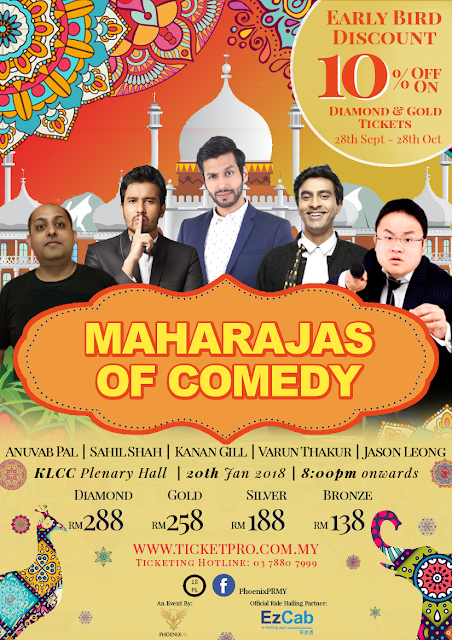 As host of the evening, Malaysia’s funniest doctor, Dr. Jason Leong will ensure that there are no breaks between the laughter. From food, lifestyle, relationships, family, history, to popular culture, no topic is out-of-bounds for this satirical quartet.

“Comedy is best when its new and fresh. Kanan, Varun, Sahil, and Anuvab, are among the best comics India has to offer, and will be a treat for Malaysian audiences thanks to their unique take on universal issues. Their one-of-a-kind style and content, transcends age, gender, and age, perfect for Malaysia’s multi-cultural social landscape,” said CEO of Phoenix PR, Vinodh Menon.

These maharajas have garnered a global appeal, having performed across Asia, America, and Europe. Kanan Gill, arguably the ‘sexiest comedian’ in India, is among the biggest names in the business. He has over 1,000 sold-out shows to his name, starred in a Bollywood film, and released a one-hour comedy special, “Keep It Real” on Amazon Prime. Another household name in India’s comedy circuit, is none other than funnyman and Bollywood actor, Varun Thakur. This maharaja has starred in four Bollywood movies, including Box-Office hit, ‘Jab Tak Hai Jaan’.

Sahil Shah has been dubbed by many as India’s next comedic superstar. He has taken his brand of jokes to various corners of the globe including, New York, London, Singapore, and Dubai. With over 900 shows under his belt, and counting, Sahil is a rising star and one to lookout for. Last but not least is a comedian, writer and among ‘Mumbai’s Top 20 to Watch’, Anuvab Pal. Hailed as “India’s Most Intelligent Comedian” by The New York Times, Anuvab’s hilarious take on the nuances of Indian culture and history is not to be missed.

Vinodh Menon added, “Our aim is to introduce Malaysians to alternative comedic genres. India’s comic scene is an advanced one, offering various styles to local audiences from stand-up, improv, to sketch shows. Over the years, Malaysia has hosted great acts from local to international names, and now is the perfect time to showcase Indian comics who will provide local audiences with alternative comedic flavours.

Maharajas Of Comedy is an event by Phoenix PR and made possible by the support of external parties, including EzCab, the event’s official ride-hailing partner. For more information, visit ticketpro.com.my or contact 03-7880 7999, and stay tuned for future updates at https://www.facebook.com/PhoenixPRMY/.