on December 10, 2017
Mobike, the world’s first and largest smart dockless bikeshare company, was today named among the 2017 Champions of the Earth by the United Nations Environment, in recognition of the company’s transformative contribution to the advancement of low carbon public transport. The award was presented to Mobike Founder and President Ms. Hu Weiwei at a special ceremony during the Third Annual UN Environment Assembly held this week in Nairobi, Kenya. 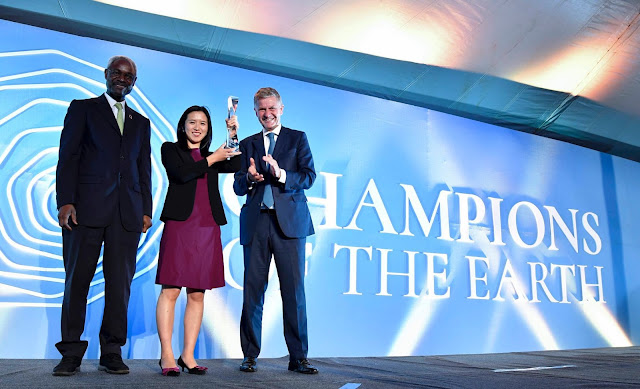 The Champions of the Earth award is the UN’s highest environmental honour; it celebrates outstanding figures from the public and private sectors and from civil society whose actions have had a transformative, positive impact on the environment. Since its foundation 14 years ago, the awards have recognized over 80 laureates - ranging from leaders of nations to grassroots activists - in the categories of policy, science, business and civil society.

Mobike is receiving the award in the Entrepreneurial Vision category, in recognition of its achievements in applying its innovative business model to improve urban eco-mobility while addressing the challenge of urban air pollution and reducing carbon emissions. The astounding speed at which Mobike has grown into a world leading enterprise is evidence of not only of its ambitious stewardship and dedication of its hard-working staff, but also of a global readiness to embrace the green economy. 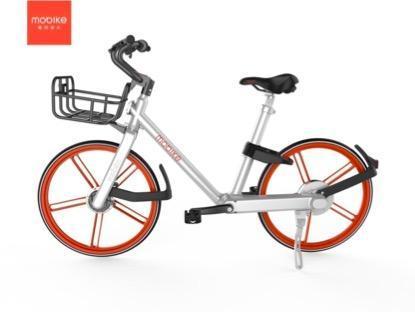 A PEDAL-POWERED GREEN ECONOMY FOR THE FUTURE

“When we first started Mobike, our goal was to change cities by making bikes available to everyone. The humble bicycle can not only change people and cities, but can also help change the world -- both as a universal symbol of peace, and as a weapon in the fight against climate change,” Hu Weiwei said upon receiving the award.

“Indeed, we believe that innovation, technology, and public participation are essential to meeting the United Nations Sustainable Development Goals. That is why we would like to invite governments, NGO’s, cities, communities and businesses to join us at Mobike - together with the United Nations - to embrace bike-sharing, and create a pedal-powered green economy for the future.”

While attending the Third Annual UN Environment Assembly, Hu Weiwei also took part in a series of dialogues with UN, business and NGO leaders on practical solutions towards a pollution-free planet.

Ms. Hu introduced Mobike’s business model and innovations for sustainable urban transportation. Since its launch in 2016, Mobike has been transforming cities with its innovative solutions in urban mobility. It has done this by re-imagining and re-inventing technology loved around the world for over a century - the bicycle.

By making urban cycling more accessible, popular, and smart, Mobike is delivering scaled sustainable mobility solutions for people and cities around the world; and the benefits are impressive. Over the past 19 months since it began operating, Mobike’s 200 million users worldwide have collectively cycled over 18.2 billion kilometers, equivalent to reducing CO2 emissions by more than 4.4 million tons, or taking 1.24 million cars off the road for a year.

The reason for the huge environmental impact of Mobikes is obvious: more bicycles mean less cars on the road. In early 2017, Mobike published its first bike-sharing industry white paper with Tsinghua University and the Beijing Tsinghua Tongheng Design & Research Institute. The research drew on quantitative and qualitative analysis of Mobike users’ behaviour over the last year and a survey of nearly 100,000 users across 36 cities.

The findings highlighted how the return of bikes to China’s cities is already transforming urban transport patterns and lifestyles. Bikesharing has helped double the rate of cycling, which now accounts for 11.6% of total transportation versus just 5.5% twelve months earlier.

By bringing bikes back to cities in China, and now in 11 other countries, cycling is transforming how cities work. For example, bikesharing enhances connectivity to buses and subway stations, making commuting by public transport more efficient and convenient. It also helps fill the gaps in conventional public transportation, and serves all communities, including those lacking other transportation options. More people riding bikes around their own neighbourhoods also means brick-and-mortar businesses get more exposure, which is an economic benefit in local economies.
Advertorial Technology