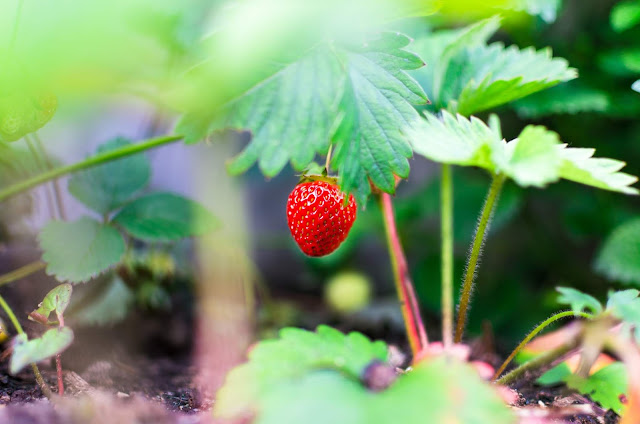 There are two theories as to the true origin of the word, both deriving from its first syllable. One explanation hinges on a particular meaning of “straw” — a particle of straw, chaff, or mote — describing the appearance of the achenes (tiny yellow seeds) scattered over the surface of the berry. Another view says it comes from “stray” or “strew,” designating the spread of the plant’s runners (slender tendrils), in that in an unchecked field of strawberries the plants appear to have been strewn across the ground with their runners straying everywhere. This second explanation is the more popular.