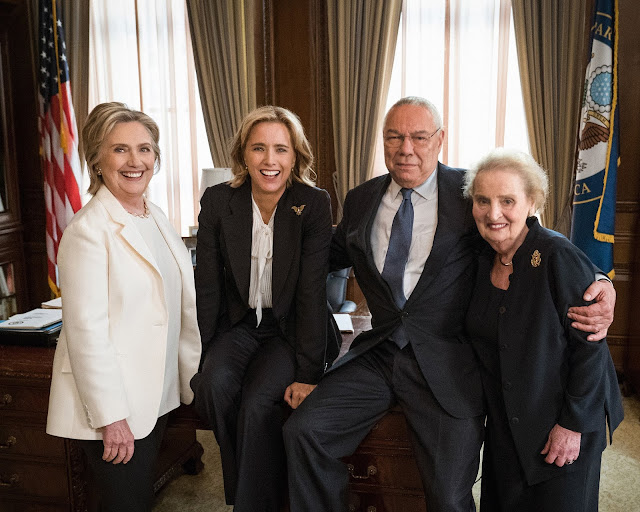 Fans of Sony Channel’s political series, Madam Secretary, will be in for a treat with the guest appearances of former secretaries of state Hillary Clinton, Madeleine Albright and General Colin Powell in the fifth season premiere that airs Monday, October 8 at 9pm (8pm JKT/BKK).


In this unprecedented episode, Secretary of State Elizabeth McCord, played by award-winning actress Téa Leoni, turns to the former real life secretaries of state to ask their advice on how best to respond to a delicate situation.

“We’re delighted to have these three former secretaries of state be part of our season premiere,” said Barbara Hall, Executive Producer and Series Creator. “It was a privilege to experience their perspectives and discourse both in and behind the scenes.”

Lori McCreary, Executive Producer added, “Having three powerhouses of diplomacy agree to come on our show is awe-inspiring and humbling. The fact that we were able to find a time in their busy schedules when they were all available is a miracle. We welcome Secretary Albright, Secretary Clinton and General Powell to the Madam Secretary family!”