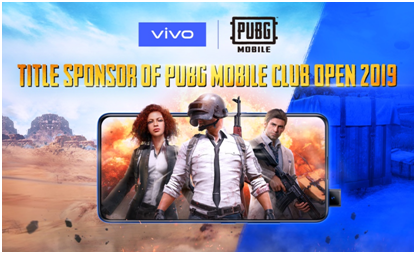 The move into e-sports began with Vivo becoming the official smartphone partner for the PMNC, by partnering with gaming giant, Tencent Games this year, showcasing Vivo’s vision of ‘Enjoying the Extraordinary’ and the new V15Pro 8GB RAM by bringing global players a true gaming experience like no other.

The launch of the gaming friendly V15Pro 8GB RAM and its partnership with PUBG has also led to an increase by USD500,000 to a total of USD2.5 million in the prize pool as part of its commitment to support the development of e-sports.

Vivo asks all budding mobile gamers to take part in the PMNC 2019, which will open for registrations 13 April 2019. Winning the national level championship will allow them to take part at regional games against teams from other South East Asian nations. The first qualifying rounds will begin 27 April 2019 at Sunway Lagoon.

PUBG Mobile is one of the world’s most popular games with 30 million active daily users worldwide and with the official partnership and the launch of the V15Pro 8GB RAM, Vivo is set to be at the forefront of e-sports.