on July 26, 2019
Fans of the world’s current hit mobile MOBA video game, Mobile Legends: Bang Bang (MLBB), don’t just love it for the fun and competitive gameplay, they are hooked on the game’s intricately written story and impressive array of heroes. Now, fans of the Mobile Legends franchise will experience a whole new level of their favorite heroes and the world of Mobile Legends in the much anticipated sequel Mobile Legends: Adventure. 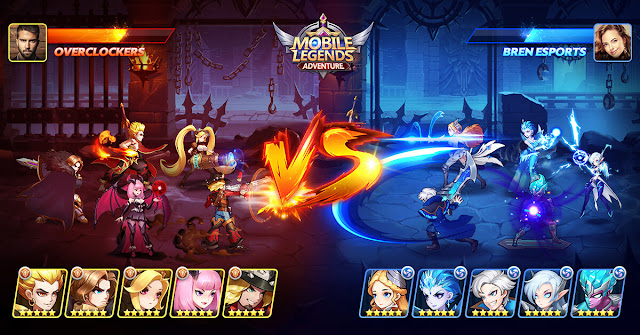 Mobile Legends: Adventure, to be released on August 1st, is unlike its competitive predecessor in many ways. Mobile Legends: Adventure takes on a more casual approach in the form of an idle RPG strategy card game. In this new addition, players can control up to five heroes at a time in positional battles, organising line-ups to best take down their opponents.


Players are able to pre-register for the game on Google Play starting now and be rewarded with a Premium Summon Scroll and 100,000 battle points. What’s more, the first few weeks of the Mobile Legends: Adventure release will be loaded with all kinds of amazing online events and awesome rewards. By participating in these events, players will be rewarded diamonds, equipment, heroes and many more. In fact, in the first 10 days after server launch, players completing certain tasks stand to earn the grand reward of 5-star Epic Hero Hylos.

Players should also tune in for the Official Launch Celebration Event to earn 5-Star Epic Hero Aurora or purchase gift-packs at unbelievably discounted prices that are only available on the launch week. There will even be epic crossover events between Mobile Legends: Bang Bang and Mobile Legends: Adventure where players earn rewards in both games.

Furthermore, one main advantage of the game’s strategy card game format is its ability to reveal a more in-depth and cohesive story. Told from the perspective of the hero Layla, the story is enriched with cut scenes, comics, dialogues and more. It revolves around the world of Mobile Legends, the Land of Dawn. Though they have long been engaged in the duel between Light and Darkness, now, Darkness threatens to take over as Laboratory 1718, the wicked organisation that has been lurking in the shadows, reemerges. Faced with a true test of courage, the Heroes: Miya, Tigreal, Layla, Lancelot and more will have to undergo a grand journey of adventure, uniting with other friends along the way to form the best team possible to save the Land of Dawn.


Despite the thickening plot, Mobile Legends: Adventure’s is meant for quick plays during short leisure periods. The auto-farming system will ensure players retrieve awards even when the game is idle offline. Moreover, players will not have to worry about neither Internet capabilities nor device storage spaces as the game will run smoothly with one signal bar and utilise minimal memory space.

If you are up for the challenge, join the battle to save the Land of Dawn. Follow Mobile Legends: Adventure’s Facebook page at https://www.facebook.com/MobileLegendsAdventure/ and keep up with the most anticipated sequel to the biggest mobile game in the world.