on August 05, 2019
Nominations are now open at awards.womenofthefuture.co.uk/seasia/ for the third annual Women of the Future Awards Southeast Asia, the first movement uniquely created to celebrate and showcase the emerging female talent across the region. 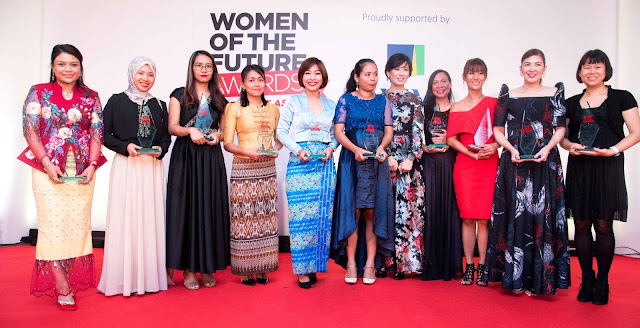 Originally founded in the UK over a decade ago by Pinky Lilani CBE DL to acknowledge and salute the inspirational young female stars of today and tomorrow, the Women of the Future Awards Southeast Asia returns for the third consecutive year and continues to be supported by headline sponsor Aviva.

Pinky Lilani CBE DL, Founder, Women of the Future (WOF) Programme said: “We are thrilled to hold these Awards for the third year running. The first two Awards have surprised and delighted us with the depth of female talent across Southeast Asia who are as passionate and inspiring as they are gifted. We look forward to unearthing the region’s future leaders who will have a huge impact on their communities and the region, and who will help to shape a kinder, more collaborative future for all.”

Chris Wei, Executive Chairman, Aviva Asia & FPI and Global Chairman, Aviva Digital said: “Aviva is a proud advocate for diversity and inclusion in the workforce. These values underscore everything we do. It is not limited to attracting and developing our people, but also shaping how we run our business and help our customers. As a founding sponsor of the Women of the Future Awards Southeast Asia, we are pleased to be a part of the team that helps advance the growth of talented women in this region.”


Of the 10 Awards categories, nine are open to women aged 35 or under. The Mentor category is open to both males and females of all ages, and recognises active mentors and champions behind the success of emerging female talent in the region.

Shortlisted candidates of each category will gain access to many different opportunities, including the WOF network— a global and collaborative network of women who support and inspire each other to further professional and personal success.

The official Judging Day will be held at the Aviva offices in Singapore on 27 November 2019, and the Chair of the Judging Panel will be Her Excellency Vicki Treadell, British High Commissioner to Australia.

The winners will be announced at the Women of the Future Southeast Asia Awards Gala Dinner on 18 March 2020, at the Hilton Hotel Singapore.

If you believe that you or somebody you know deserves one of the Awards, then simply complete the online nomination form here: awards.womenofthefuture.co.uk/seasia/

Candidates must be aged 35 or under on 18 March 2019, and must be citizens and residents of one of the following countries:

The Women of the Future Southeast Asia is also sponsored by Asia Square, Dimension Data, Mishcon De Reya, RICS, Saïd Business School, University of Oxford, and Worldpay.  It is supported by CNBC, Financial Times, Hilton Singapore and the GREAT Britain and Ireland Campaign.