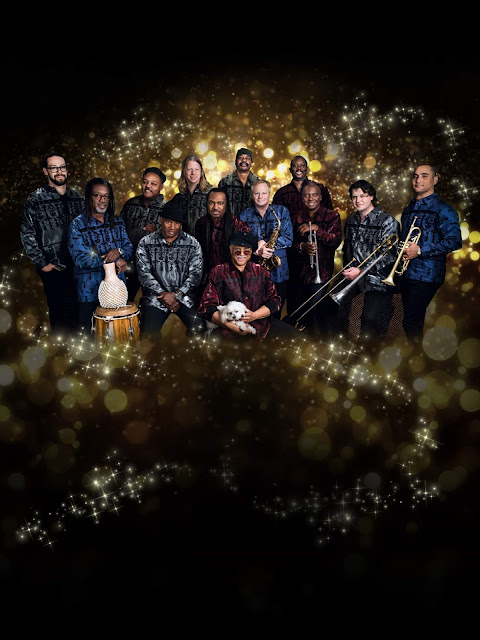 Feel-good music that moves the soul and makes you want to groove has always been a part of life for prolific guitarist, six-time Grammy Award-winning, and multi-platinum veteran recording artist Al McKay, whose name is now synonymous for carrying the legacy of 70s mega-band, Earth, Wind, & Fire. Best known for playing an integral role in pop-culture defining hit songs September and Sing a Song, the former Earth, Wind, & Fire guitarist is continuing the R&B, soul, disco, funk, and jazz magic that captured the hearts of fans within those musical realms and beyond with his very own Al McKay’s Earth, Wind & Fire Experience – slated to perform live at the Arena of Stars in Resorts World Genting on December 24, as part of its Asian Tour.

According to McKay, who is no stranger performing on Malaysian shores, playing in Genting on Christmas Eve would be a “treat” for the 13-member ensemble. “We’ve done a few shows in Malaysia and always have a great time – great crowds, great food,” he said with a laugh in a recent phone interview. “I like to eat, and the food I just remembered was really good.” Speaking about the band’s to Malaysian fans, the 71-year-old added: “They know the music and were very cordial to us, very warm. I enjoyed it. I enjoyed meeting the people, too, after the show. So, it’s a bit of a treat to come back to Malaysia, especially on Christmas Eve.”

The left-handed guitarist first proved his worth, managing to impress Ike Turner, by playing The Temptation’s Losing You on Turner’s Stratocaster upside down. It earned the then 18-year-old a coveted spot playing with Ike & Tina Turner, where he got to hone-in on his craft, before joining what has been described as one of the greatest bands ever, Earth, Wind, & Fire. It was founded in Chicago by lead Maurice White in 1969, who McKay brought the central guitar element for Earth, Wind & Fire’s most popular song September, in which White lent his lyrical prowess, like most of its other hits.

Adding to pioneering hip hop DJ Grandmaster Flash, the original American band has been credited for bringing together the diverse genres that made up the musical landscape in the 70s, including its own brand of sound, as a foundation to what is now contemporary hip hop, R&B, and pop music. From the upbeat Boogie Wonderland to funky Let’s Groove, and dreamy Fantasy, Earth, Wind & Fire dominated dance floors until the band went on hiatus in the 1980s. McKay left the band after its 1980 album Faces and aimed to continue Earth, Wind & Fire’s tradition, propelled by the significant musical role he had by establishing the Al McKay Allstars.

With Al McKay’s Earth, Wind & Fire Experience in Genting this December, fans “can expect all Earth, Wind & Fire hits.” McKay said: “Expect good songs, good dancing, good music, good singing. We hope they can join along and sing with us and have fun,” adding that the ensemble is “looking forward to it.”

Together with his band – James Manning (bass guitar), Ben Dowling (keyboards), David Iwataki (keyboards), Anthony Beverly (drums), David Leach (percussions), Yoel Nunez (saxophone), Luis Gonzalez Abreu (trumpet), Omar Peralta (trumpet), Shaunte Palmer (trombone) and handpicked vocalists Tim Owens, Claude Woods, and DeVere Duckett – McKay have been touring extensively this past couple of years. “Everywhere we go, the people in the show, they know the music. It’s good to meet the people and I think it’s exciting for them to meet us. So, I think it’s a two-way street. I enjoy the travelling still.”

Acknowledging that it always feels “great” when people come to see the band’s performance, McKay said: “It’s always good crowds. The people are in love with the music. We even went to some places where they don’t speak English but they know the songs, you know, they know the songs word for word. I’m very flattered.”

Performing all of the favourite hits from the supergroup in original keys, and authentic feel, the Al McKay Allstars pays homage to Earth, Wind & Fire’s distinctive sound with a true experience that very few other bands can lay claim.

“We’re a team,” said McKay. “We work together and it’s an effort that we all make to put on a great show and play some really good music, you know. It takes a team. And I’m glad to be part of it.”

Perhaps a fond sign of dedication and passion to his craft the long-time performer divulged that he still feels a bout of the jitters before performing on stage. “I still get anxiety before going on to play, and I really don’t know why that is but it’s usually a good feeling. It’s a good sign. I’ve always been ever since I started playing. I always get nervous.”

Before ending the interview from Los Angeles, McKay said: “Please come and join us have fun! Looking forward to coming to your country and seeing some old friends and people I haven’t seen in a while – and hopefully, eating some new food.”

Led by the gifted guitarist, relive a night of nostalgic music from the 70s with Al McKay’s Earth, Wind & Fire Experience this December 24 at the Arena of Stars, Genting. Tickets to the Christmas Eve show are now on sale at RM626 (VIP), RM466 (PS1), RM336 (PS2), RM256 (PS3), and RM196 (PS4). An additional RM4 processing fee applies. GRC (Genting Rewards Card) members enjoy a standard 10% discount via cash or credit card, and Genting Points redemption, applicable on VIP to PS 2 only. For more information, visit www.rwgenting.com or call +603-2718 1118.