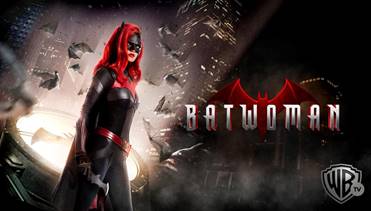 Female empowerment has never been so bad-ass as Warner TV announces that it will exclusively host the Asian premiere of Batwoman, as a part of the most anticipated crossover of the year – Crisis On The Infinite Earths DC Crossover. Starting from Tuesday, 10 December, new episodes of Batwoman will be available in Malaysia – a week after the premiere in the US – on Warner TV, the channel’s on-demand service on Astro & unifi PlayTV.

Armed with a passion for social justice and a flair for speaking her mind, Kate Kane – played by Ruby Rose – soars through the shadowed streets of Gotham as Batwoman. But don't call her a hero yet. In a city desperate for a savior, she must first overcome her own demons before embracing the call to be Gotham’s symbol of hope.

If that’s not enough, Warner TV will further celebrate the very best of DC Comics’ most fearless femmes in one epic TV event. The ultimate heroine, played by Melissa Benoist, will also join in the crossover lineup on the channel in the epic hero-action, Supergirl, on Monday, 9 December at 9.50pm. Warner TV will also air other crossover episodes from the Arrowverse, which includes The Flash, Arrow and DC Legends Of Tomorrow.