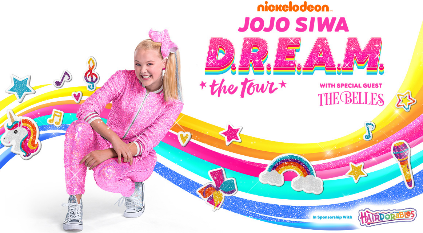 This March, ViacomCBS Networks International shines the spotlight on the ladies in the house – from MTV, to Comedy Central, Paramount Channel and Nickelodeon – in honour of International Women’s Day (IWD).

With Women's History Month celebrated on MTV, rock it out with your fav’ female empowerment anthems on MTV Hits.  These music playlists feature iconic music videos and female artists from the past, present and possibly future. Tune in Mondays to Fridays at 6.35pm (WIB), 7.35pm (SG), 8.35pm (MAL).

In MTV Asks… Pussycat Dolls, the sassy girl group talks about new music and the tour, and shares the low-down on the reunion of the decade!

Next, hear from Jennifer Lopez as she reveals the game-changing moments in her life in The Ride. Tune in to these shows on 8 March, Sunday at 2pm (WIB), 3pm (SG), 4pm (MAL).


In addition, check out #GenChange changemakers and artists who contribute towards gender parity in their unique way on MTV Asia Facebook.

On the comedy front, the unapologetic queens of Comedy Central are totally #SorryNotSorry!


Premiering in Asia is Akwafina is Nora from Queens! The Golden Globe® Awards Winner for Best Actress stars in this scripted comedy loosely based on her real life growing up in Queens. Raised by her dad and grandma, Nora leans on her family as she navigates life and adulting in outer borough-NYC. Akwafina is Nora from Queens airs every Wednesday starting 18 March, at 9pm (WIB, TH), and 10pm (SG, MAL, PH, TW, HK).

From Amy Schumer’s provocative and hilariously wicked mind, the new season of Inside Amy Schumer explores topics that others don’t even dare to talk about – through sketches, stand-up comedy and woman-on-the-street interviews. Inside Amy Schumer airs from Monday – Wednesday, starting 2 March, at 9.30pm (WIB, TH), and 10.30pm (SG, MAL, PH, TW, HK).

The half-hour special Comedy Central Stand-Up Presents features the best and brightest emerging comedians including powerful females such as Vanessa Gonzalez, Sara Schaefer and The Daily Show’s Dulce Sloan, among others. Check this out every Monday – Friday, starting 2 March, at 10pm (WIB, TH), and 11pm (SG, MAL, PH, TW, HK).

March On with Paramount Channel


Multi-talented entertainer Jojo Siwa is living her dream! Her first-ever live concert tour, D.R.E.A.M. the Tour, has all been building to her homecoming show in Nebraska! This hour-long special is packed full of live concert performances, surprises, heart, and all the magic of D.R.E.A.M the Tour! This premieres on 20 March, Friday at 4.30pm (WIB), 5.30pm (SG, MAL, PH).
entertainment