Sunway To Feed 4,050 People During CMCO Under Food for Thought Campaign 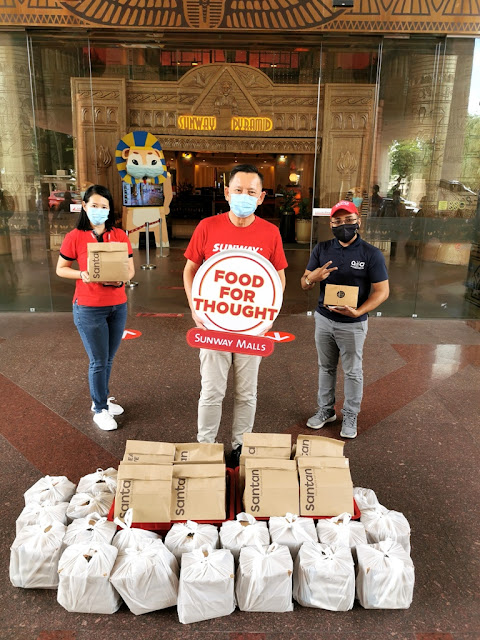 Sunway has embarked on its Food for Thought campaign, targeting to distribute 4,050 packed meals to the urban poor in the Klang Valley needing nutritional support during the conditional movement control order (CMCO) period.

According to the United Nations Population Fund (UNFPA)-UNICEF study conducted in May 2020, one in four heads of households were unemployed during the movement control order (MCO), and that most of those who lost their jobs have no employment protection. 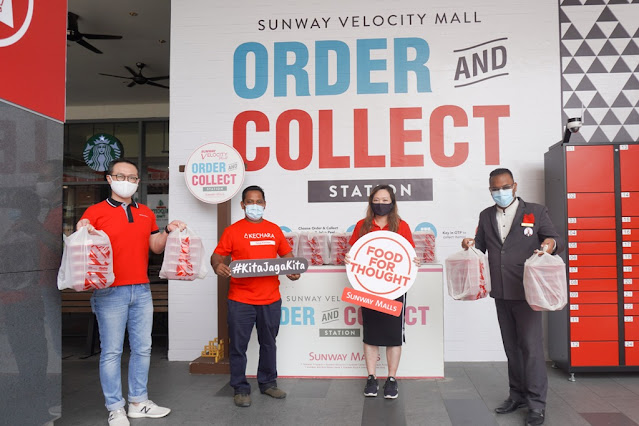 Earlier UNICEF studies also showed lower-income families have been struggling to cope, with families drawing monthly incomes of below RM5,000 forced to consume less food despite spending more money on it.

Beneficiaries are the homeless and those residing in People’s Housing Project (PPR) flats, where sole breadwinners have lost their sources of income. 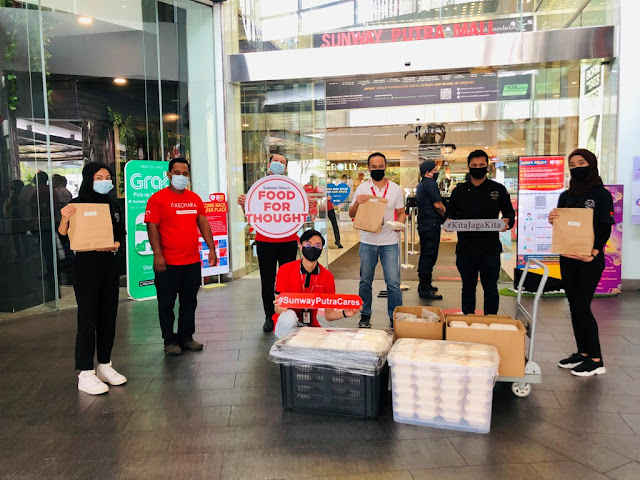 The food packs are provided by malls in the Klang Valley under the Sunway Malls’ umbrella, namely Sunway Pyramid, Sunway Velocity Mall and Sunway Putra Mall.

Sunway is working with non-governmental organisations (NGOs) Kechara Soup Kitchen and Adab Youth Garage to distribute the food packs on a daily basis from 23 to 31 October 2020.

“It is now more important than ever to ensure Malaysians have basic nutrition needed during these challenging times. We have worked with select tenants in our malls to customise halal and well-balanced packed foods with proteins and vegetables.

“We hope this immediate food aid will be able to support fellow Malaysians during this challenging period,” he added.

“Food security is among the many issues faced by the homeless in the Klang Valley. Sunway’s assistance comes when we need it the most,” he added.

“There are many cases where sole bread winners of families lost their jobs during the MCO and these families are now unable to feed their children.  Also, as people stay at home during this period, and even those operating small businesses such as selling food and wares, are highly affected.

“While higher-income families are not worried about nutrition even during this period, it becomes a primary concern for families and their children at PPR flats as they are trying very hard to save money, not knowing how long their hardship will last.

“Their sufferings often bring our volunteers to tears, and we hope that corporations and other Malaysians will come forward to help ease their hardship,” he added.

The Food for Thought campaign is an immediate nutritional aid programme which follows the #SunwayforGood Food Bank programme that pledges to collect 40,000 kilogrammes of food, with the aim of surpassing that target by end-2020.

The collection intends to feed 25,000 individuals in B40 families worst hit during the COVID-19 pandemic throughout the country.