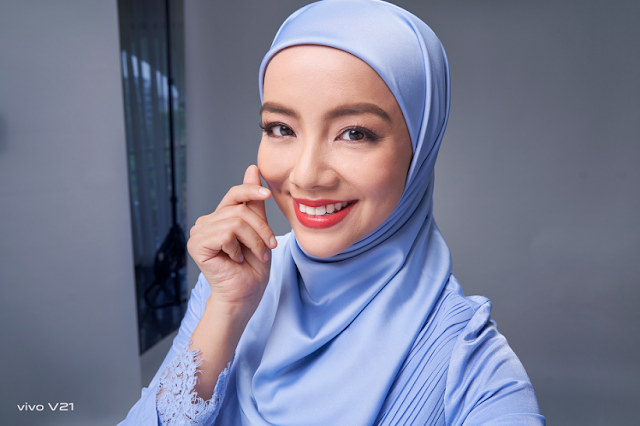 vivo today uncovers the stunning colours that its latest V21 series smartphones will be housed in. The vivo V21 comes in two new hues, Dusk Blue and Sunset Dazzle, radiating glamour and sophistication for the modern-day user. Meanwhile, the vivo V21e, with its 2.5D screen glass body design and furnished with a sleek AG matte finishing, comes in two shades of Roman Black and Diamond Flare.

The vivo V21 series are further accentuated by its industry-leading 44MP OIS front camera, and 64MP OIS rear camera which is engineered to be able to capture anything, supplemented by the Superior Night-time selfie, which can counter any unintentional or unavoidable shakes. Thanks to its AI Night Portrait algorithm, the vivo V21 series is equipped to capture high quality selfies even in dim conditions.

In anticipation of the grand reveal of the vivo V21 series scheduled for 27th April, vivo has unveiled Mira Filzah as its ambassador for the latest smartphone under the V series. In the upcoming teaser to its V21 series television commercial by vivo, Mira and husband, Wan Emir Astar can be seen spending their first Raya together as a married couple. Stay tuned for the heart-warming teaser clip to the upcoming Raya television commercial by vivo on the 23rd April at our official Facebook page and Instagram page.

For more information, kindly find attached the press materials for your kind editorial consideration. High-res images can be downloaded here.

To find out more about the upcoming vivo V21 series, visit vivo Malaysia’s official Facebook page, official Instagram page and official Website series and be part of the launch event this 27th April.  The roti benggali is priced at RM2 for a set.