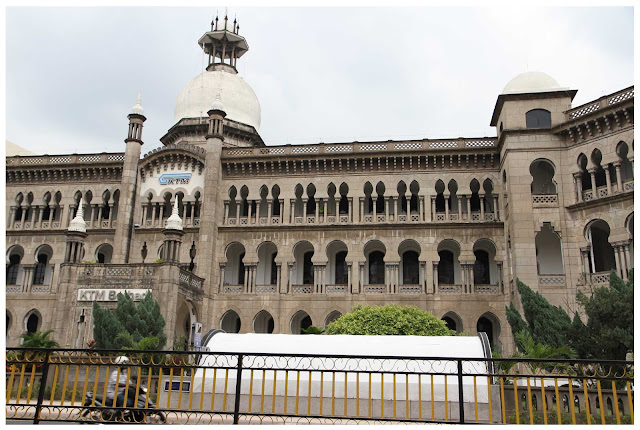 Kuala Lumpur Railway Station (Malay: Stesen Keretapi Kuala Lumpur) is a train station located in Kuala Lumpur, Malaysia. Completed in 1910 to replace an older station on the same site, the station was Kuala Lumpur's railway hub in the city for the Federated Malay States Railways and Malayan Railway (Malay: Keretapi Tanah Melayu), before Kuala Lumpur Sentral assumed much of its role in 2001. The station is notable for its architecture, adopting a mixture of Eastern and Western designs.

The building is well designed. The building itself is a piece of historical memento dating back to the early 20th century, almost 100 years since it was built. You can take the beautiful picture of the railway station when you were there.