on May 27, 2015
For the first time this Hari Raya, viewers of FOX Movies Premium and FOX Movies Premium HD will have the opportunity to watch DreamWorks Animations’ highly acclaimed How to Train Your Dragon 2 voiced-over in Bahasa Malaysia. In conjunction with the festive season, FOX International Channels (FIC) has taken on the initiative of enlisting the talents of local A-list celebrities to voice the animated characters. 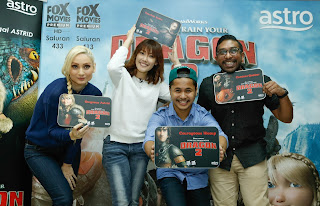 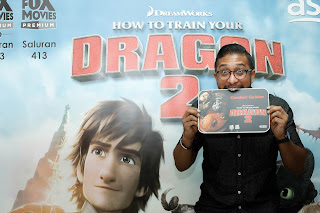 “The dubbing of the movie into Bahasa Malaysia serves to add to the merriment of the Hari Raya festivities for our viewers who have continuously showed great support. We believe it will also be a fitting occasion, as families come together in a big way this time of the year, extending the viewership of this much-applauded animated feature to a wider audience,” said Penny Tan, Marketing Director of FOX International Channels Malaysia.


“We are truly glad to have the support of such a strong multi-racial voiceover cast graciously rendering their multi-talented skills towards this unique project that has never been done before! Indeed, it is no simple task dubbing an entire animated feature into Bahasa Malaysia, but in line with our vision of being the first and the best, we took it on so that more people can now enjoy this highly loved feature,” she added.

How to Train Your Dragon 2  - which received the Golden Globe Award for Best Animated Feature Film amidst other top-notch award nominations – is the sequel to the 2010 film How to Train Your Dragon. The film is set five years after the first film, featuring Hiccup and Astrid as young adults as they meet Valka, Hiccup’s long-lost mother and Drago Bludvist, a madman who wants to conquer the world.

With highly positive reviews attributed to its animation, voice acting, action scenes and emotional depth, How to Train Your Dragon 2 grossed over USD 618 million worldwide, making it the twelfth highest-grossing film of 2014.