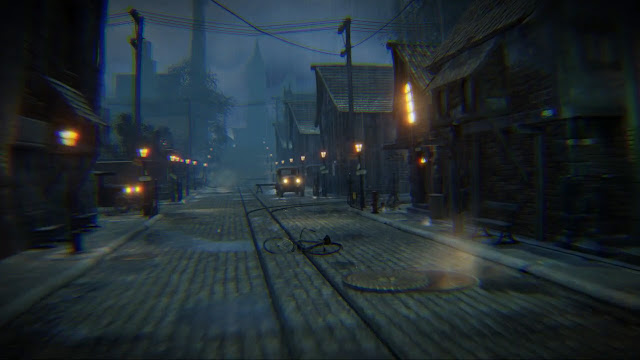 Built on the powerful, data-driven architecture of the Bitsquid engine, which Autodesk acquired in 2014, Stingray is a comprehensive new platform for making 3D games. The engine supports a host of industry-standard game development workflows and includes powerful connectivity to Autodesk 3D animation software that simplifies game development across a wide range of platforms.

“Between Augmented Reality, Virtual Reality and the proliferation of mobile platforms, the games industry is undergoing a major transition, which poses new complexities for both AAA and indie game developers. Autodesk developed Stingray with these challenges in mind, and we’re excited to share its debut with the game developer community,” said Autodesk senior vice president, Media & Entertainment, Chris Bradshaw. “Stingray makes it easy and intuitive for artists with varying skill sets and programming expertise to create the next generation of 3D blockbuster games, entertainment and even architecture.”

Autodesk previewed Stingray at GDC 2015 earlier this year in San Francisco. Since then, game developers around the world have signed up for Autodesk’s beta program, shipped games using this technology and provided the feedback including:

"Stingray’s data-driven architecture and flexibility have helped us build a broad portfolio of games, and quick iteration times for both code and content creators have boosted our productivity significantly. The engine has been a key success factor for us because we’re able to produce high quality games in a shortened timeframe. We’re excited to see how Autodesk will continue to evolve the engine,” shared Martin Wahlund, CEO of Fatshark.

"We never know what kind of games we're going to create, and the engine is good for that. It really allows us to just make anything. We can make an FPS or an RTS, or a top-down shooter, or a role-playing game, or whatever. It's not tied to a specific genre,” explained Johan Pilestedt, CEO, Arrowhead Game Studios.

Impact on the Building Industry
The new Stingray engine also has profound implications on the building industry, as it creates connected workflows with Autodesk 3D animation software like 3ds Max, which already supports a BIM process. This is because it allows designers, owners and stakeholders to access and visualize a building model in real-time to fully understand the scale, feel and experience of the building before construction starts.

Revit models can be brought into 3ds Max to be made visually stunning and then imported to the Stingray engine to be made fully interactive, allowing users to explore “what if” design changes in a compelling visual environment not unlike a first person walk-about in a physical building. The real advantage of this is that it allows designers, owners and stakeholders to access and visualize a building model in real-time to fully understand the scale, feel and experience of the building before construction starts.

“Imagine being able to meet your stakeholders for a tour of your building design model in a virtual space while collaborating to inform the design process. We are excited about this technology as it will help enable better decisions to be made prior to construction, where it gets really expensive to make changes," said Amar Hanspal, Senior Vice President, Autodesk.

Pricing and Availability
Autodesk Stingray runs on Windows and will be available via Autodesk Subscription starting August 19, 2015 for USD$30 (RM117) per month. Later this summer, Autodesk plans to offer Maya LT Desktop Subscription customers access to the engine as part of Maya LT. For more details about Stingray, visit: www.autodesk.com/stingrayengine