JON ENTERS HIS LAST WEEK OF HOSTING “THE DAILY SHOW,” WITH THE FINAL SHOW TO AIR AS A SUPER-SIZED EPISODE 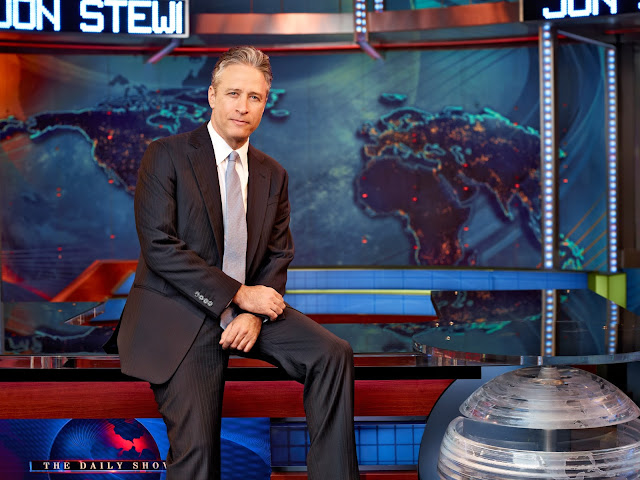 Guests scheduled to appear this week include Amy Schumer promoting her new film “Trainwreck” (5 August); Denis Leary who makes his 17th guest appearance and is promoting his new series “Sex&Drugs&Rock&Roll” (6 August); legendary stand-up comedian Louis C.K. (7 August); and for the final show, well, fans will need to tune in.

Comedy Central, the world’s biggest comedy network, has been making audiences laugh since it first launched in the United States in 1991. Renowned for featuring a stable of exclusive and tailor-made local and international comedy, the brand has become the ultimate destination for all kinds of humour, from traditional to satire to sketches to popular sitcoms. Outside of the United States, Comedy Central, seen in over 70 territories via more than 12 locally programmed and operated TV channels, is part of Viacom International Media Networks (VIMN), a division of Viacom Inc. (NASDAQ: VIA, VIAB), one of the world’s leading creators of programming and content across all media platforms. For more information about Comedy Central in Asia, visit www.comedycentralasia.com.


Viacom International Media Networks (VIMN), a unit of Viacom Inc. (NASDAQ: VIAB, VIA), is  comprised of many of the world’s most popular multimedia entertainment brands, including MTV, Nickelodeon, Comedy Central, BET, Paramount Channel and more. Viacom brands are seen globally in more than 3.2 billion households in approximately 170 territories and 37 languages via more than 200 locally programmed and operated TV channels and more than 550 digital media and mobile TV properties.  Keep up with VIMN Asia news by visiting the VIMN PR Twitter feed at www.twitter.com/VIMNAsia_PR. For more information about Viacom and its businesses, visit www.viacom.com, blog.viacom.com and the Viacom Twitter feed at www.twitter.com/Viacom.
Advertorial