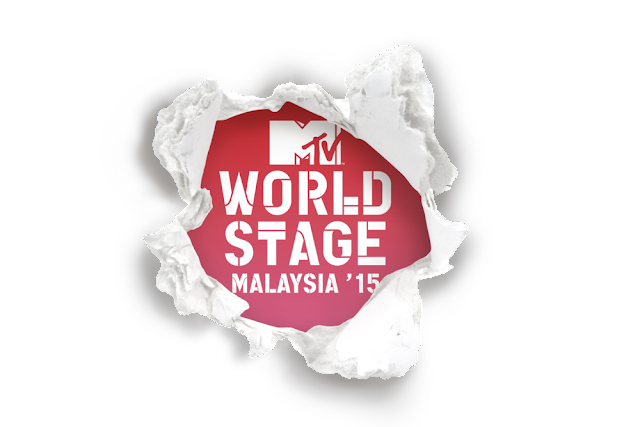 Jepsen will join MTV’s announced line-up of performers for MTV World Stage Malaysia 2015 – Korea’s favorite K-pop idol female group, Apink and hottest Japanese band, SEKAI NO OWARI. Recorded live for global telecast, the one-night only outdoor event is one of the biggest Southeast Asia music nights of the year, which brings multi-genre talents onto a single stage. More acts will be revealed in the coming weeks.

In a Facebook post, Jepsen shared, “Vacation in Malaysia?! [party popper emoji] I can’t wait to meet my fans there. I am looking forward to being part of the party at MTV World Stage Malaysia 2015. It’s going to be pretty spectacular!” [Check out Carly Rae Jepsen’s greeting].

Jepsen’s highly anticipated new album, E·MO·TION will be released 21 August 2015 (U.K. and Europe release on 25 September 2015). Her second and latest single from the upcoming album, “Run Away With Me” was recently released on 17 July and has already passed over 2.5 million views on YouTube within two weeks of its release, while getting strong reviews from music critics around the world as the ‘Anthemic Summer Jam’.

MTV World Stage Malaysia 2015 is presented by Sunway and supported by Tourism Malaysia. In Malaysia, it is ignited by Xpax, brought to you by Brickfields Asia College, Watsons Malaysia, supported by local broadcast partner, Astro, with media partners Big Tree Outdoor, Cleo, EH!, Hype Malaysia, Selebriti Online, and TimeOut KL. The show will premiere on MTV in Asia on Saturday, 26 September at 1.30pm (TH/WIB), 2.30pm (PH/SG) and 3.30pm (MY), Saturday, 10 October at 9pm (JP) and Sunday, 11 October at 12am (KR).

Today, Jepsen brings new depth and dimension to her undeniably hooky but heart-driven breed of pop music. With a sense of pure feeling and passion inspired by classic pop records of the early ‘80s, E·MO·TION finds Jepsen conjuring up pop’s most thrilling paradoxes and delivering songs both carefree and introspective, tender and bold, sensitive and self-assured. “The one intention I had going into making this album was to take my time and create something I was really proud of—something that showed sides of me that I hadn’t ever revealed in my music before,” Jepsen says.

The result of years of experimentation and creative soul-searching, E·MO·TION includes lead single “I Really Like You”, a Billboard Top 40 hit praised as “pop perfection” by BuzzFeed and “mind-blowing, fantastic, catchy-as-hell pop” by Idolator. Though Jepsen first sketched out many of the album’s tracks on the back of her tour bus while traveling the world in support of Kiss, she also teamed up with songwriters like Sia, Devonté Hynes (aka Blood Orange), and Ariel Rechtshaid (Haim, Madonna, Vampire Weekend) in bringing E·MO·TION to life. When it came time to record, Jepsen journeyed from New York to L.A. to London to Stockholm to join forces with such producers as Mattman & Robin (Tove Lo, Taylor Swift), Greg Kurstin (Charli XCX, Katy Perry), and Carl Falk and Rami Yacoub (Ariana Grande, One Direction).

Previously, after independently releasing her first album (2008’s Tug of War), Jepsen landed a deal with Schoolboy Records/Interscope and soon made her major-label debut with Kiss. Along with “Call Me Maybe”—which climbed to #1 on the iTunes Singles charts in more than 47 countries, it sold over 17 million singles worldwide, and earned Jepsen 2012 Grammy® Award nominations for Best Pop Solo Performance and Song of the Year. Jepsen took home “Best Song” and “Best PUSH Act” at the 2012 MTV EMAs. In that same year, she performed at MTV Video Music Awards Japan and took home “Best New Artist Video”. Today, the hit song has racked up over 700 million views on YouTube. Kiss featured follow-up hit “Good Time,” a duet with Owl City that’s now been certified double-platinum.

After two weeks of call for submissions, 28 local artists and bands are now up for voting on http://worldstage.mtvasia.com/voting/ to showcase their talents and a chance to become Malaysia’s #MostWanted Act at MTV World Stage Malaysia 2015. From 30 July – 14 August, fans can cast their votes on http://worldstage.mtvasia.com/mostwanted/ or through tweets for their #MostWanted act. Fans will need hashtag #MostWanted and #BANDNAME on Twitter for each vote to be counted. Based on fans’ votes and other performance criteria, Malaysia’s #MostWanted Act will perform as the opening act at the show.

MTV also announced the launch of a new Asia multi-platform campaign MTV Breaks ignited by Xpax, which gives talented millennials across Asia* the chance to kick-start a career in the creative industries by offering life-changing opportunities through a mentorship stint** on MTV World Stage Malaysia 2015. Launched globally at last year’s MTV EMA, it is the first time this highly successful property aimed at creating economic opportunity for talented millennials, is being launched with an Asia version in the region.

MTV Breaks by Xpax is offering big ‘breaks’ to three talented, young creatives who will get the opportunity for a stint as a photographer, content creator or motion graphics designer at this year’s event. The selected candidates will be mentored by experts within the industry and the MTV team. Selected candidates will have their work featured on various MTV platforms.

For more information on how to apply, visit worldstage.mtvasia.com. The deadline for entries is 13 August.

How to Win: MTV World Stage passes are not for sale and may be won by fans in an online game on http://worldstage.mtvasia.com/win/. Fans simply need to watch a video related to MTV World Stage Malaysia, answer a question and stand a chance to win***. Contest ends on 1 September 2015.

In the weeks ahead, fans can get direct information by following MTV Asia on Facebook, Twitter and Instagram for news updates on MTV World Stage Malaysia 2015.