Brian, the puppeteer from ZooMoo

on September 13, 2015
Lifestyles have changed so rapidly that many of our traditional crafts and hobbies have been consigned to the archives. Television and videos take up our free time, that even our children have caught the bug, and prefer the computer to other carefree games and hobbies.

Surveys have shown that technology does have a positive impact a child's learning abilities when used appropriately but too much 'screen time' does have its negative repercussion. Parents are responsible in guiding their kids so that they can learn habits that help them make use of the digital world, without being swallowed whole by it.

Learning through play is fundamental to children's education, helping them to develop the necessary skills in life. There are various inexpensive activities that does not involve technology which parents can incorporate into their kids daily learning while building a stronger bond with their children. Creative games, outdoor sports and other timeless activities that we as parents grew up with are the best, this includes hands-on projects that parents and children can do together. 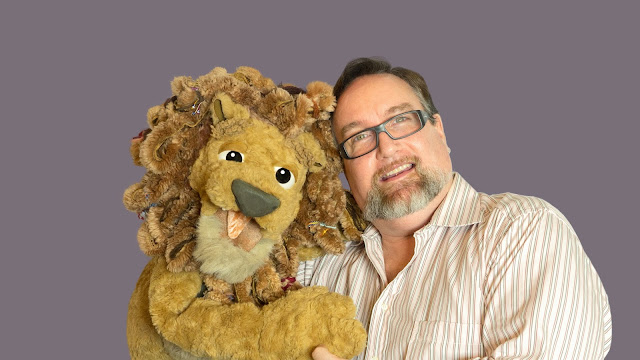 An age long craft that is still well received by children are puppets, they are both entertaining and captivating. Children can believe and relate to them; they can enter and explore the fascinating inventive world that puppets create. Puppets is a creative and fun hands-on craft that can stimulate children's imagination, encourage creative play and discovery and are a wonderful interactive way to introduce narrative to even the most reluctant reader.

ZooMoo, a new children's TV channel on Astro is an interactive channel, combining spectacular wildlife footage with a range of puppetry, animations, and narrative techniques to create a unique viewing and learning experience for little viewers that bringing back this dying art with added fun and entertaining. ZooMoo is one of the few channels that work with puppeteer like Brian Zimmerman, an expert in puppetry for children who's work is also featured on the TV channel.

We recently conducted an interview with Brian to ask him more about puppetry and how can puppetry help develop a child's mind and stimulate creativity. Attached is the transcript to this interview where he also talked about the important of Arts & Crafts in child's education.

“BRIAN ZIMMERMAN is an accomplished storyteller and illustrator, an exceptional talent in puppetry- praised as a teenager by the late Jim Henson for his puppet building skills- Brian Zimmerman is accomplished in clowning, puppetry and children’s entertainment. He is a native of Austin Texas, in the United States and currently resides in Kuala Lumpur, Malaysia.

He was then fortunate to have the opportunity to use my puppetry skills for Walt Disney Television Asia’s season one of a show called Studio ‘D’ where He puppeteer and voiced one of the show’s hosts by the name of Miru. Right on the heels of the Studio.