on October 03, 2015
MBO Cinemas has announced its partnership with St John Ambulance of Malaysia to host a blood donation drive to contribute to the National Blood Centre (PDN). Organisers are expecting to reach the target of 5,000 pints of blood at this event. The event is to be known as the Blood Donation Drive 2.0. 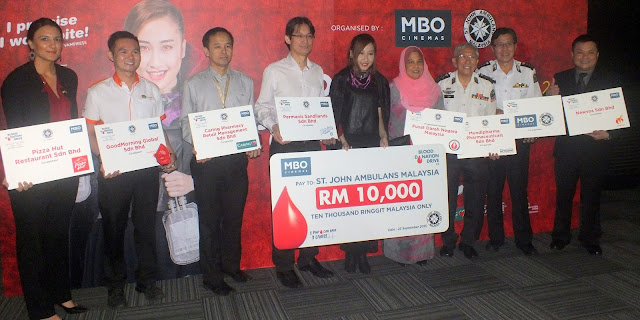 Taking place at 25 locations of MBO Cinemas nationwide on 31 October and 1 November 2015, trained personnel from St John Ambulance of Malaysia will be on hand to assist the staff from PDN during the blood donation from 12pm until 6pm.


Apart from saving lives, blood donors will have many reasons to participate as they will get a free cinema ticket, limited edition movie merchandise, food, drinks and pharmaceutical gifts all in a goodie bag!

In conjunction with these efforts, two promotional videos have been created that will be aired in the cinemas, starring a female vampire called Gigi, for a month in advance to promote the Blood Donation Drive 2.0 to the audiences and create enthusiasm while taking away the fear and phobia associated with donating blood. 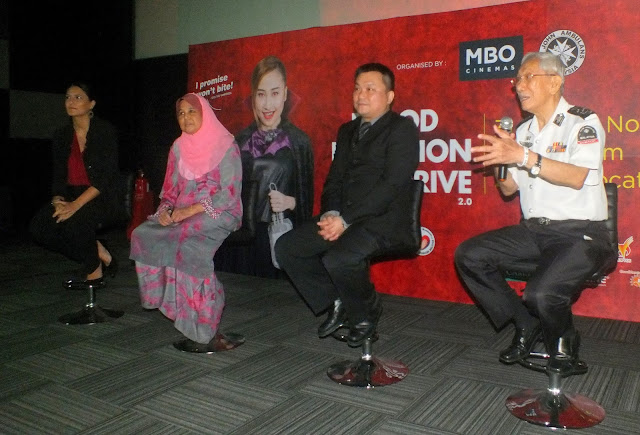 Last year, MBO Cinemas and St John Ambulance of Malaysia collaborated together and collected 2,168 bags of life-saving blood. Under the tagline “1 Pint Saves 3 Lives”, these donations helped more than 6,000 people.

Mr Cheah Chun Wai, MBO Cinemas Director of Marketing & Sales said: "This event will be a quintessential way of bringing people together under the banner of a common cause, promoting a sense of contribution and responsibility that in turn makes us all better human beings."

With this engaging charitable endeavour, MBO Cinemas hopes to further cement their place in the community, as goes along with their core values of fun, entertainment and community work.
To show their appreciation, MBO Cinemas will also donate RM 10,000 to the St John Ambulance of Malaysia, as a token of appreciation for their support and assistance in this nationwide blood donation campaign.

Regarding the blood donation drive, Dato' Dr Low Bin Tick, Commander-in-Chief of St John Ambulance of Malaysia stated that he was pleased to see corporations like MBO Cinemas taking an active interest in the communities and he hopes this effort might inspire more to come forward and contribute to the national aid causes, as it would not only help Malaysia at large but also boosts the confidence of the volunteers from St John Ambulance of  Malaysia.

Dato’ Dr Faraizah bt Dato’ Abdul Karim, Deputy Director 1 of National Blood Centre added that contributions like this help save many lives every day and events like these are a great way to raise awareness about the process of blood donation and how it is a great way to give back and help the community.