on October 24, 2015
MTV today announced a new award category to be unveiled during the 2015 MTV EMAs: the MTV Video Visionary Award. The category will honour the greatest pioneers in the history of the music video art form, the inaugural recipients of which will be international rock heroes Duran Duran. 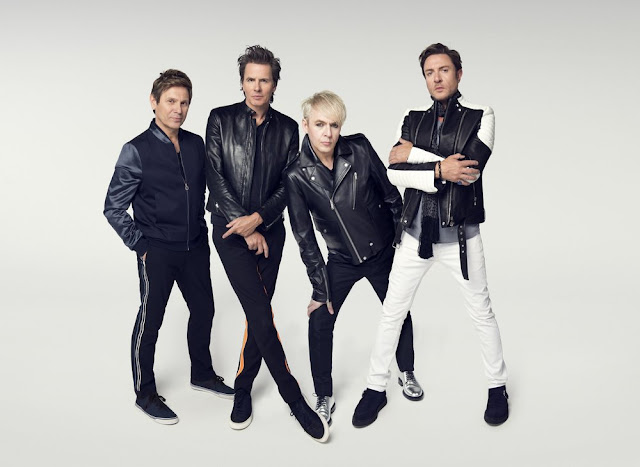 Duran Duran’s unique sound and strong visual sense have not only influenced a generation of musicians and creatives, but continue to resonate the world over. One of the greatest pioneers of the music video, their distinctive style has had an undeniable impact on music history, with hits stemming from the very beginnings of MTV to the present day.


“It is no coincidence that our rise was paralleled by the growth and ultimate world domination of MTV. The birth of music videos as a way to simultaneously bring our music to a global audience revolutionized the business. We took this new short form of film making and tried to make it our own. We have had some incredible experiences over the years making our videos. We have worked with some of the most talented directors in the world – without whom we would not be honored here today. We are really proud to be the recipients of this new award. Thank you MTV.” – Duran Duran

Host Ed Sheeran and co-host Ruby Rose will be taking charge of this year’s MTV EMAs, which will broadcast live across the globe on Monday, 26 October at 3am (TH/WIB) and 4am (MY/PH/SG) from the Mediolanum Forum in Milan. A repeat telecast will air on the same day at 8pm (TH/WIB), 9pm (PH/SG) and 10pm (MY). Voting for all award categories is open on mtvema.com through 25 October at 6:59pm Singapore time.

The talent list is heating up for what is set to be an explosive edition of the MTV EMAs, with Pharrell Williams, Ed Sheeran & Rudimental, Ellie Goulding, Jason Derulo, twenty one pilots, Tori Kelly, James Bay, Jess Glynne, Macklemore & Ryan Lewis, Andrea Bocelli and Justin Bieber previously announced as performers.