PUMA NIGHT RUN IS BIGGER AND BETTER THAN EVER

on October 24, 2015
A star studded line-up, fun-filled activities, and a record participant count is what’s in store in this year’s PUMA Night Run. 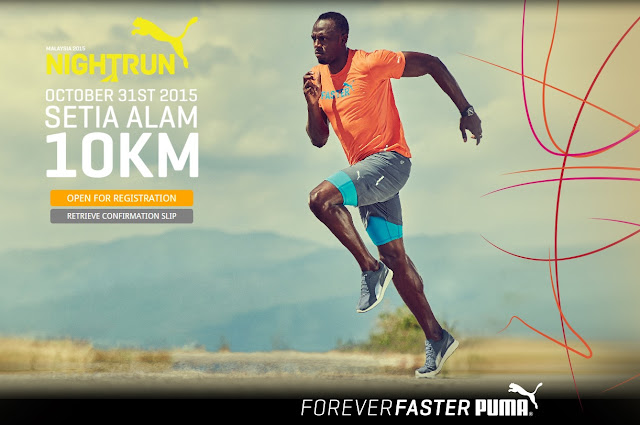 Hosting the event will be dynamic duo, Ben and Hafiz. As they team up once again in this event, get ready for their witty humour to entertain throughout the night!

Pumping up the atmosphere before and after the run will be Malaysian actor, organiser, and beatboxer, Koujee. In 2011, he won Malaysia’s Tag-team Beatbox Battle, and went on to star in ‘Summer Love You You’ alongside Angelbaby and Eddie Peng. In the same year, he was the opening act at the 2011 Korean Music Festival.
Also making an appearance at the Night Run will be R&B and pop regional sensation, Nadhira. The songstress will be performing her hit singles from her albums, ’12 Shades’ and the critically acclaimed ‘From Malaysia with Love’.
After their success at last year’s PUMA Night Run, Malaysian rockers Derpstep will be making waves on stage again to rock the post-run party!
Local dance group Plan B will also be present to entertain the night with their energetic and enthralling moves.
The 2015 PUMA Night Run will bring together 8,000 runners, all seeking a spot on the podium for a chance to walk away with a total prize value worth RM10,000!
Participants will stand a chance to win amazing prizes in the Instagram contest giveaway thanks to event sponsors. By uploading the most creative picture on Instagram with the #nightrunmy #puma and #foreverfaster hashtags, participants may walk away with some lucrative prizes!
Registered participants will be able to collect their PUMA Race Pack on the 23rd of October 2015 (Friday), starting from 10:00am to 6:00pm at the Setia City Convention Centre.
For more information on the PUMA Night Run, log on to www.puma-nightrun.com.my