on November 04, 2015
Nickelodeon stars have come together for One Crazy Cruise, a brand-new original TV movie of a hilarious high-seas vacation adventure that will keep kids guessing at every turn. The movie premieres in Asia on Nickelodeon on Friday, 20 November at 3pm (TH), 3.30pm (WIB), 4pm (HK/SG), 4.30pm (MY) and 6pm (PH). Check out the movie trailer HERE. 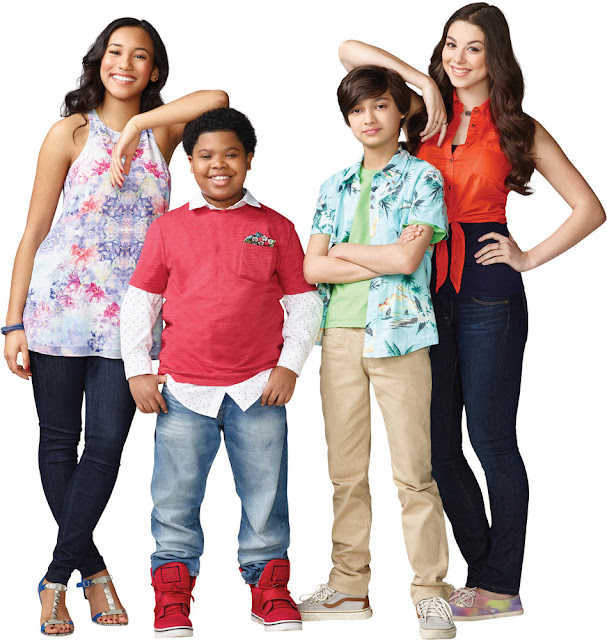 The Jensen-Bauers are embarking on a cruise that the newly married parents hope will bring the whole family closer together. However, the stylish Jensen kids, Piper (Sydney Park) and Nate (Benjamin Flores), and the geeky Bauer kids, Ellie (Kira Kosarin) and Cameron (Rio Mangini), aren’t thrilled about the mandatory quality time. They ultimately oblige for the sake of Dad, who on the last night of the cruise will launch a new app in front of his boss and the whole tech community.

On the first night of the cruise, the kids attend a magic show and are hypnotized into thinking they’re a crazy band of pirates. The next morning, they wake up to a cabin in shambles, with no recollection of what happened the night before. Worst of all, their Dad’s tablet, which holds the only demo of his app, is missing. With no memory of their adventures, the siblings must piece together the events of the craziest night ever and find Dad’s tablet before it’s too late.

Viewers will love One Crazy Cruise due to its fun and aspirational vacation theme of being on a cruise and the intriguing premise invites them to wonder what happened during the cruise. The movie also contains smart and funny dialogue for older kids mixed with physical comedy for younger kids and has relatable elements of sibling rivalry and friendship.

Visit www.nick-asia.com/shows/one-crazy-cruise/5i0qj5 for additional content on the movie such as bios, behind-the-scenes and sneak peek videos.
Movie