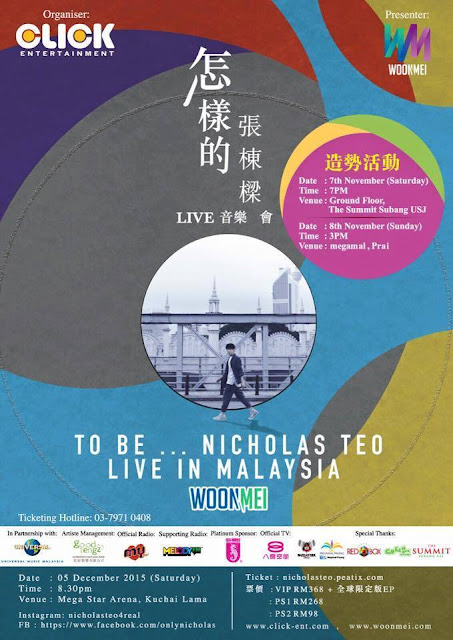 Nicholas Zhang Dong Liang (張棟樑) back to the industry after a long break where he comes up with more relaxing and different style of songs. Bringing you his latest album with the hit song  from his new album “長假”; you will be definitely to indulge with the non-so-romantic prince song as you always hear from him.

棟樑 is back on track again after his  3 years of absence with his new book "Long Vacation" and 3 OST in this. Not just brings you his new song but also he apperead as a writer too. And now; for his huge fans, you will definitely more happy than ever when he will be having his concert on 5th of December 2015 after his first concert in Bukit Jalil back in 2008 ( “ From Now On”) Concert. Recalling back to his concert I went back in 2008; the concert was a great one and we are completely crazy over him after his concert where his smiles, his jokes, and cry in the concert. Ever remember that and he has his bestie, Fish Leong to featured back in 2008 concert.

For those who are a big fans of Dong Liang, don’t miss out his concert.