SUNWAY CELEBRATES HOLIDAY CARNIVAL WITH THE COMMUNITY BY THE LAKE 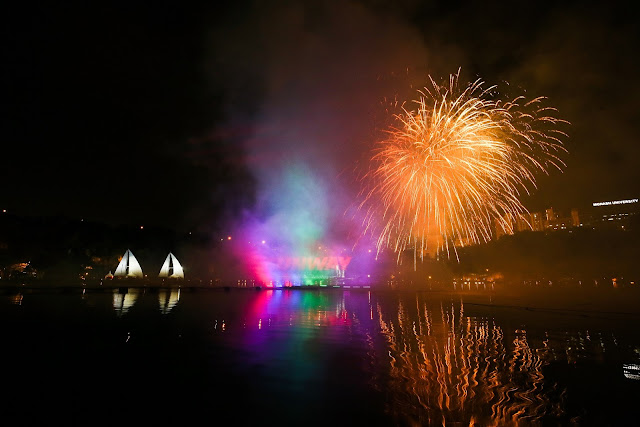 Six shuttle buses ferried the visitors from the BRT Multilevel Carpark Complex, which was right next to the development. The BRT-Sunway Line, Malaysia’s first dedicated and elevated electric Bus Rapid Transit (BRT) system which consists of seven stations is Sunway Group’s latest endeavor to enhance the connectivity, accessibility and mobility for the communities within the Subang and Sunway areas. 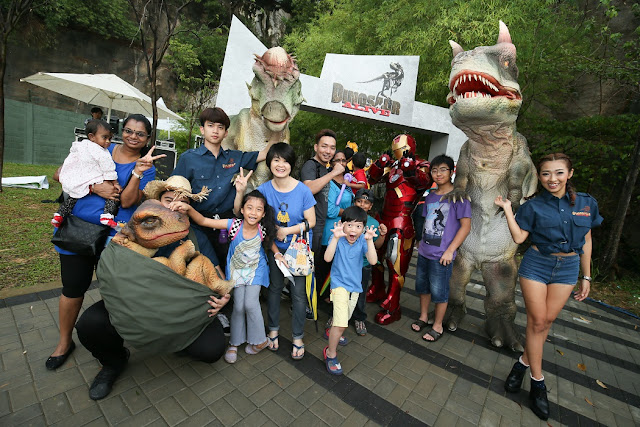 Upon entering, families were ecstatic to discover delights at every step of their journey through the promenade. From food trucks to games booths to various activities such as face-painting and clown acts for the children, everyone had their favorite nook to discover and a cranny to explore.


Excited children thronged to the Dinosaurs Alive show where they were wowed by majestic creatures from a prehistoric era. A gigantic tyrannosaurus rex, and a stegosaurus greeted at an enclosure and most of the children clambered enthusiastically to hand-feed a baby t-rex and Apatosaurus which were cradled by their caretakers. 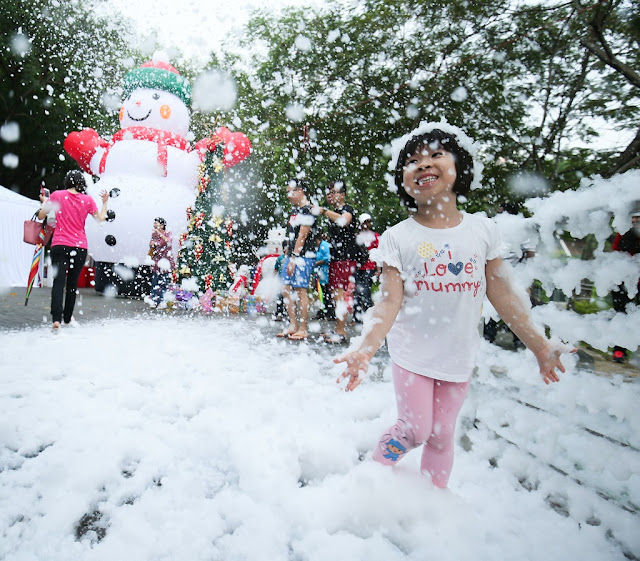 The holiday spirit filled the air as delightful characters interacted with everyone. Optimus Prime, Bumblebee, Queen Elsa, Mickey Mouse, Minnie Mouse, and even the Ninja Turtles greeted everyone with big cheerful grins and took photos with their young fans.

A major highlight was the South Quay Princess yacht, where massive lines formed around the dock so that they could take a ride around the pristine South Quay lake.

Other lines were found at the games booths, which were set-up along half of the circumference around the Lakeside Promenade, cheering and jeering at the participants who tried hard to win festive goodies at the challenging carnival games. Crowds also formed around the collection of Klang Valley’s best food trucks including Laughing Monkey Café, Julicious, Oh My Fruit Juice (OMFJ), La Famiglia, and Babarittos, who cooked up a storm.

“We had held this carnival as a tribute and a gesture of appreciation for our communities. They have shared many of their holidays with us throughout Sunway’s various establishments and homes, to building fond memories with Sunway across various events throughout the years. Next year, we will be hosting more of such events to bring our various communities even closer together, as a renewal of Sunway Property’s brand promise of being a Master Community Developer,” she said.

The joyous evening ended perfectly, with a light display on the lake, made even more magical by the dancing reflections on the waters. At the end of the night, stunning fireworks exploded in the sky accompanied by cheers and applause from the enchanted crowd.

The carnival, which is free for the public, is part of Sunway Property’s “Living Sunway, Living Community” campaign, and a year-end tribute to its communities for the support it has garnered throughout the years. This year, the Master Community Developer has more reason to celebrate as it has been named the top property developer in the nation for two years in running at The Edge Property Excellence Awards 2015 recently.

“Living Sunway Living Community” reasserts the Master Community Developer’s call for members of its community to live every dream, learn without limits, have work live balance, and play to broaden imaginations, in a safe, healthy and connected environment.