on May 12, 2016
After 15 years, award winning director Lee Byung-hoon – the man behind Korea’s acclaimed historical dramas, Jewel in the Palace (2003), Dong Yi (2010) and Horse Doctor (2012), will once again work alongside famed screenwriter Choi Wan-Kyu (The Triangle, All In & Jumong) for brand new series, The Flower in Prison. 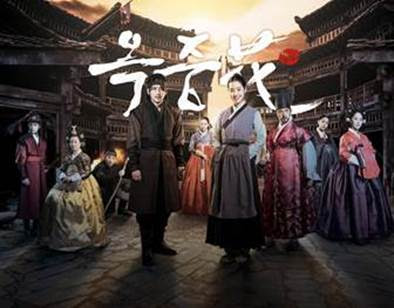 Set to premiere on Oh!K (Astro Channel 394), Monday, 16 May at 8.55pm, The Flower in Prison tells the story of Ok-nyeo, a young and talented girl who was born in the Joseon Era. Following the tragic death of her mother during child birth, Ok-nyeo was raised in a prison cell by her fellow inmates. While growing up, she met many people from different walks of life, and through these interactions, was gifted with great skill and exemplary wisdom. Not to be kept down by her unfortunate past, she takes it upon herself to walk a noble path and become a crusader for the down trodden and wrongfully accussed. Throughout the exciting 50-episode series, Ok-nyeo embarks on a journey to find her place in the world while fighting for truth and justice.


With a growing interest in Korean history and culture, The Flower in Prison is set to enthral audiences with its cinematic quality and unique perspective of the human rights system in the Joseon era – a storyline which is the first of its kind. Starring Jin Se-yeon as Ok-nyeo, and other widely recognizable actors such as Ko Soo, Jung Joon-ho, Choi Tae Joon and Jang Da Bin, The Flower in Prison will surely capture the attention and hearts of Oh!K viewers with its heartwarming and heroic storyline.

The Flower in Prison is produced by MBC, a studio that is revered for its high quality traditional costume dramas such as Hwajeong and Diary of Night Watchman.

Make sure to catch the double episode premiere on Monday, 16 May at 8.55pm on Oh!K (Astro Channel 394). The series will be available in English, Simplified Chinese and Bahasa Malaysia subtitles.