On November 16, Michelle Dockery is set to take the lead in the new Turner Original series, Good Behavior. After making her mark in Downton Abbey, Dockery is now poised to take center stage in this captivating thriller, which debuts on Warner TV same day as the US. Catch the special 2-hour premiere on Wednesday, 16 November at 11.30pm, on Warner TV HD (HyppTV Channel 613). 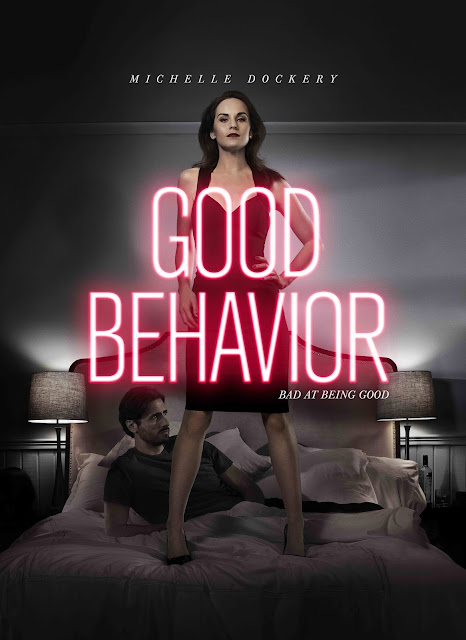 Executive-produced by Marty Adelstein (Aquarius, Prison Break, Teen Wolf), Becky Clements (Aquarius, Last Man Standing), and co-created by Chad Hodge, Good Behavior is based on the Letty Dobesh novels by Blake Crouch. The series revolves around main character, Letty Raines (played by Dockery), a thief and con-artist whose life is always one bad decision away from implosion. Fresh out of prison, Raines struggles to stay afloat, juggling reuniting with her 10-year-old son, and showing up for her mandatory check-ins with parole officer, Christian Woodhill (played by Terry Kinney).


Amidst all of this, chaos returns to Letty’s life when she overhears of a hit man, Javier Pereira (played by Juan Diego Botto) being hired to kill a woman. She sets out to derail his job which sends her on a wild collision course with Pereira, entangling both of them in a dangerously captivating relationship.

Dockery is a critically acclaimed actress who has been nominated for three consecutive Emmy Awards and a Golden Globe Award for her role as Lady Mary Crawley in Downton Abbey. In 2013, she also took home the award of ‘Best Global Actress’ at the Huading Awards for the same role.

Dockery said: “This script came to me and I fell in love with the character and the story. I was very fortunate that something so different from what I had been doing for the last six years came my way. We've had such a fun time, and Good Behavior really is an amazing, amazing thing to be part of. Letty is a character within a character, which is a dream for an actor.”

Good Behavior debuts with a special 2-hour premiere on 16 November (Wednesday) at 11.30pm, same day as the U.S., only on Warner TV HD – available on HyppTV Ch 613 and HyppTV Everywhere Mobile Application.
Movie