Ben 10 Dashes across the Globe with Ben 10: Up to Speed 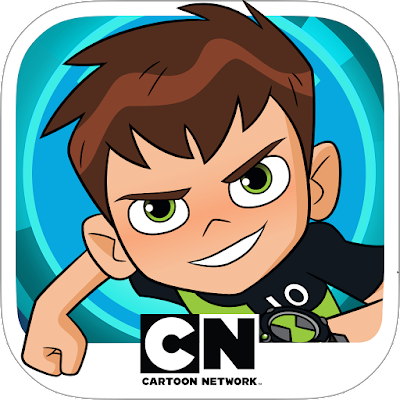 Following the successful global re-launch of the beloved franchise Ben 10, Cartoon Network (available on Astro Ch. 616) now introduces Ben to a new generation of fans with the new mobile game, Ben 10: Up to Speed. The runner launched worldwid on iOS, Google Play and Amazon for US$2.99 (approximately RM12.90).

B10_UpToSpeed_Icon_Square_1024x1024Up to Speed follows Ben Tennyson as he goes on the best summer vacation ever with his Grandpa Max and cousin Gwen. He discovers an alien artifact called the Omnitrix that allows him to transform into powerful alien heroes. Playing as Ben and his various alien alter-egos, gamers will save the world by stopping evildoers, from giant robots to menacing magic users.


The game will launch with a selection of five alien forms and 60 levels, with new aliens and levels added regularly to coincide with Ben’s adventures in the series.

The show is based on the global phenomenon Ben 10 which first premiered on Cartoon Network in 2006 and spawned three additional original series and a US$4.5 billion (approximately RM20.25 billion) global consumer products business. The new Ben 10 series has already premiered to an overwhelmingly positive reception in more than 149 countries and in 30 languages in Asia Pacific and Europe, Middle East and Africa regions, and will continue its rollout later this year in the United States and Latin America.

In Malaysia, Ben 10 airs every Saturday at 9AM on Cartoon Network (Astro Ch. 616). New episodes from the latest Ben 10 series will premiere locally this February.