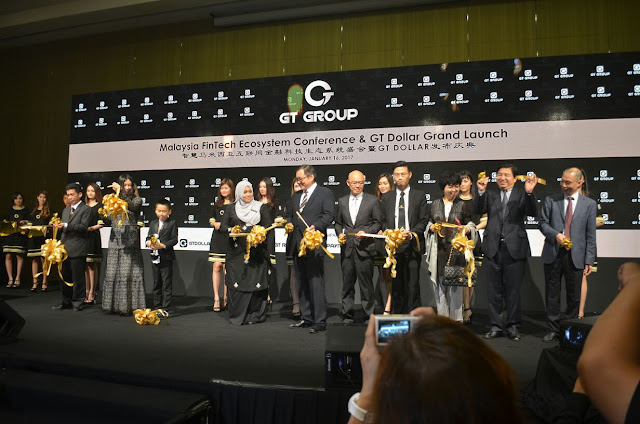 The huge event had witnessed by a large crowd which includes the  distinguished government officials as well as 3,000 prominent IT and e-commerce industry leaders who support the development of a dynamic FinTech ecosystem, paving way for SMART innovations like GT Dollar, making Malaysia a force to reckon with in the FinTech sector.

This collaboration between the Malaysian government and GT Dollar helps to alleviate the lives of people through the launch GT Dollar mobile application, which is a “one-stop mobile e-commerce platform” that seeks to build a cohesive community for consumers and merchants from a myriad of industries to interact within its marketplace. 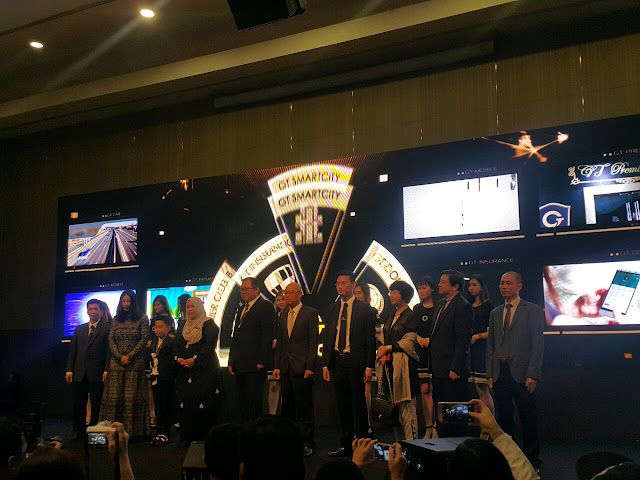 To complement this collaborative effort, GT Robot an innovative high-technological form under the GT Group, specializes its advancement in humanoid robotic solutions. In recognition of it’s advancement, the Malaysian government is planning to allocate a zone located along the Malacca-Negeri Sembilan border for GT Robot’s own manufacturing and assembly plant, which is worth approximate to RM 300 million in investment. This plant estimated to generate income for the company of approximate USD 20 Billon (which is equal to 10 Million pieces of Mobile Robot) and create more than 10,000 working opportunities for locals in the next 5 years. The GT Robot plant will be the first in Asia with eco-friendly manufacturing with the high technology equipment after China. 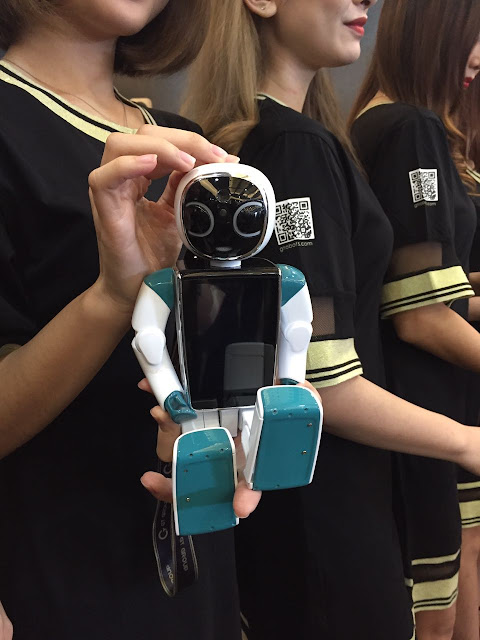 Today, marks the launch of a groundbreaking event that will go down in history. Unveiling an all new improvised major update of GT Dollar application, the world’s first social mobile e-commerce software. This new concept was first found in year 2014 by the GT Group President and CEO Dr. Paul Zhang Baolu, who is equipped with over 30 years of industry experience in high-technology management, economic and tourism development worldwide. The company is valued at more than $4.7 billion. The conference is aimed to drive development of regional interne use, where users and businesses connect seamlessly without barriers. This benefits the consumers greatly as businesses become more affordable thus stimulating economic growth, national tax revenue and employment growth. 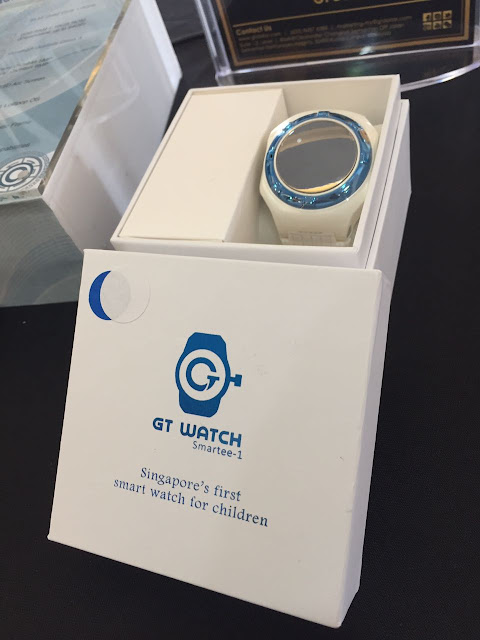 As a major update, there will be new enhanced key features to help alleviate the overall user experience. Through the adoption of SMART technologies which comprises of AR technology to for implement “the seek honey feature”, “catch a bee to earn GT Cash features” which can be used for purchases within the interactive marketplace as well as being an effective Bee Commerce tool to help users manage their finances effectively by enjoying exclusive long term savings, emerging as Malaysia’s trendsetter in the world of e-commerce.

This application aims to embrace technology, thus contributing towards the economic growth of the country. A comprehensive platform for both consumers and merchants, encouraging cash free transactions around the world. With zero registrations, subscription and advertising fees, merchants need to purchase GT Dollar (Virtual Currency) and distribute it to their users anytime, anywhere. This will in turn form into e-promotion or e-advertising with minimal charges. The Online Payment Gateway will be used to accept payment online – E-wallet / Visa (Credit, Debit, Prepaid) / MasterCard (Credit. Debit, Prepaid) / CUP Card (Credit, Debit, Prepaid) / Direct Debit Account to perform transaction charges.

GT Dollar primary focus is about a creating a world of convenience centered around virtual credits account to allow users to make payment via an e-wallet system which enables extensive search for products or services via a marketplace.

GT Dollar allows SMEs to function virtually. It connects them with new and existing consumers and maintains a loyalty programme through the distribution of virtual credits (GTD). Communication between merchants and consumers is facilitated via seamless GPS- location and user-friendly booking platforms.

The application serves as a composite of one’s daily lifestyle and a city guide to complement and simplify the increasingly hectic lifestyle by providing users with an unprecedented access to a large database of over 80,000 merchants worldwide hitherto not on Internet or mobile, but who offer a great range of products. Merchants and users can enjoy other services beside online shopping such as fund transfer, utilities bills payment, prepaid air time top-up, Social Network Chat (for up to 20 people in each group) and etc.

As per statistic, there are more than 18 million active digital users in Malaysia and up to 2015, a total 77.3% of Malaysian households have access to broadband services.

The application is active all through the day, allowing users to shop at their own convivence at the ease of their Smartphone. “We saw the opportunity to take advantage of the digital boom and developed an innovative solution that benefits both businesses and consumers” said Mr Patrick Chew, Country CEO of GT Dollar Malaysia.

YB Datuk Seri Panglima Madius Tangau, Minister of MOSTI mentioned, “in 2015, there were 3.4 billion Internet users globally with an expectation that it would increase to 9 billion over the next 10 years. Indeed, the government recognizes the importance of digital technology in propelling the economic growth. We are pleased to see a local company embarking on an innovative effort that is in line with the government’s aspiration to surge in the development of technology. We applaud GT Dollar for being a game changer in the e-commerce sector. And I am sure that users will benefit at large from utilizing the platform and its features”.

GT Dollar aims to shape the future of mobile travel and drive tourism growth with potential collaborations with Tourism Association to increase the tourism landscape in Malaysia. Paul Zhang being the Chairman of the China Tian Ma Travel Group, the third largest travel services and recreation provider in China hopes to woo China tourists to Malaysia with GT Dollar, which will serve as an essential city guide for tourists.

GT Robot is planning to start up its manufacturing and assembly plant in Malaysia located along the Malacca-Negeri Sembilan border which is worth approximate to RM 300 million in investment. This plant estimated to generate income for the company of approximate USD20 Billion (which equal to 10 Million pcs Mobile Robot) and create more than 10,000 working opportunity for the local in next 5 years. The GT Robot plant will be the first in Asia with eco-friendly manufacturing with the high technology equipment after China.

GT Dollar Malaysia hopes to expand its e-commerce business globally and be the gateway for Asia. At this launch, GT Robot, the innovative high-technological wing of GT Group that specializes its advancement in humanoid robotic solutions will be unveiling two of its robots called the GT Wonder Boy, a SMART social bot companion and GT Gobot, a multifunctional service bot that is targeted to improve the overall quality of people’s life, transcending into a new era of intelligence.