Malaysia's Funnymen take to the stage at Comedy Jam 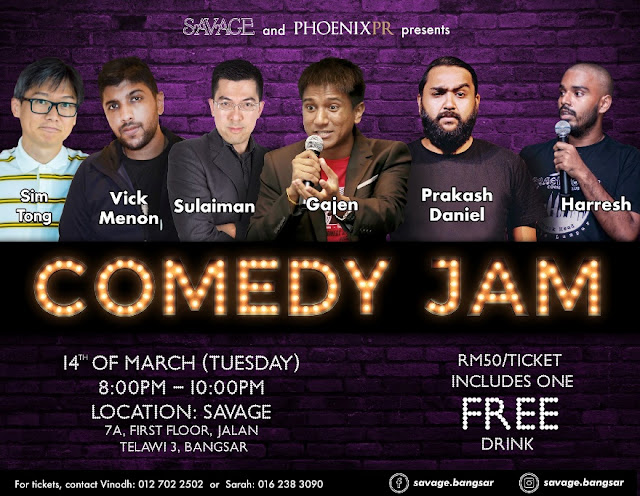 Comedy Jam is opened to the public and is a joint effort with the goal of introducing a new platform for up and coming Malaysian comedians.

“Our goal is to facilitate the growth of the country’s comedic field by providing a platform for up and coming comedians to build their fan base by introducing their form of comedy to a larger audience. Providing different forms of entertainment makes us more accessible to groups of customers of differing interests,” said Nivedhan Naysaduray, Founding Director of Savage Bangsar.

To enjoy the 2-hour event that kicks off at 8:00pm, attendees need only pay RM 50 which comes with a FREE drink for their enjoyment. For more information on Comedy Jam please visit Savage Bangsar’s official Facebook page at https://www.facebook.com/savage.bangsar/ or contact us at 016 238 3090.