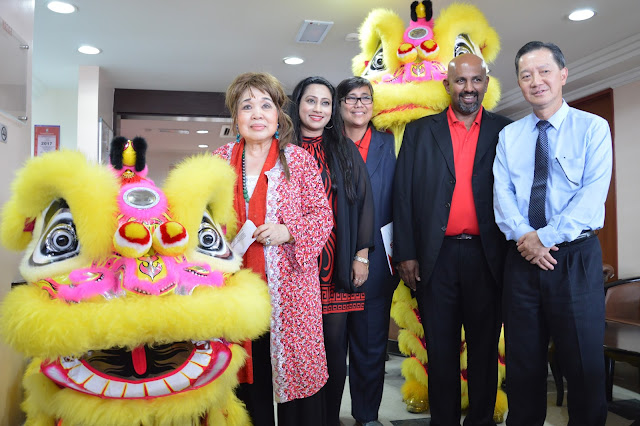 Sunway Group, in partnership with the National Kidney Foundation (NKF), came together to celebrate the lunar new year at the NKF headquarters in Petaling Jaya with 73 financially-challenged kidney failure patients.

After a celebratory lion dance performance, and a joyful karaoke session with the guests, Sunway Group had donated two units of dialysis machines worth RM100,000 to NKF which will benefit thousands of patients with kidney failure who visit the Pusat Dialisis NKF - Rotary Damansara in Selangor and the Pusat Dialisis NKF – Yayasan Pembangunan Keluarga Darul Ta’zim in Johor Bahru to receive treatments. 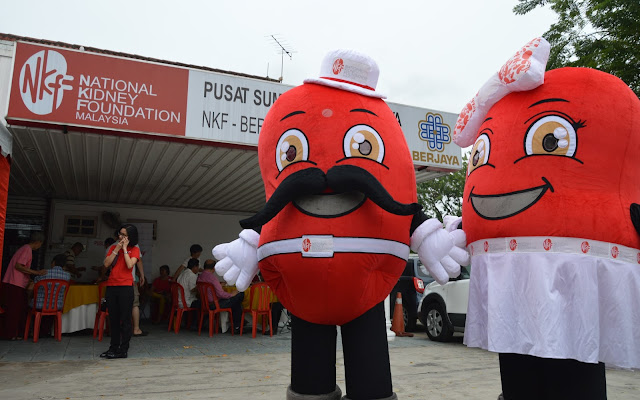 NKF CEO, Chua Hong Wee received the mock cheque from Sunway Group EXCO, Pn Sri Susan Cheah. He commended the Sunway Group on its partnership with the NKF which started in 2006, underscoring its long-term commitment to improve the lives of kidney failure patients across the nation.

Sunway Group has been a steadfast supporter of NKF’s cause and we hope to see more Malaysian corporations demonstrate the same level of community leadership and come forward to lend their assistance to the kidney failure patients in NKF.

NKF is currently targeting to raise RM12 million a year for 1,600 patients who seek treatment at its 26 dialysis centres nationwide. In Malaysia, every year, 7,000 new patients are diagnosed with kidney failure. The majority of NKF’s patients are financially-challenged elderly individuals aged between 50-65 who cannot afford the higher costs at private medical facilities.

Pn Sri Susan Cheah said that the contribution was in line with the Group’s goals to build sustainable communities through social inclusion.

“With the contribution of these dialysis machines, it is our deepest hope we can help NKF patients restore their dignity and further improve their ability to take part in society. The contribution is aligned with our dedication to promote good health and well-being in our communities, and further strengthens the Sunway Group’s commitment to sustainable development going forward,” she said.

To add to the excitement, red packets were distributed to all the guests at the event. The joyous afternoon culminated in a tour around the Dialysis Centre at the NKF headquarters, which served to educate all the guests on the implications of kidney disease and the life-saving impact of dialysis machines for kidney failure patients.

Previously, Sunway Group had successfully raised RM2.5 million from fund-raising dinners in 2006, 2010 and 2014. The funds from 2006 and 2010 were used to purchase two NKF LifeCheck Mobile Health Screening units which perform health screenings around the nation and provide early detection and prevention of kidney disease to communities. In 2014, the funds raised was used to establish an organ donation promotion unit for nationwide use.

In its sixth year, CNY Cheer 2017 is an annual initiative that is a part of Sunway Group’s ‘Light of Hope’ programme to reach out and touch the lives of the less privileged, and to create a sustainable impact in improving the lives of its communities, especially during major festive seasons. Over the years, Sunway Group has celebrated major festive seasons with more than 80,000 people from all walks of life across Malaysia.