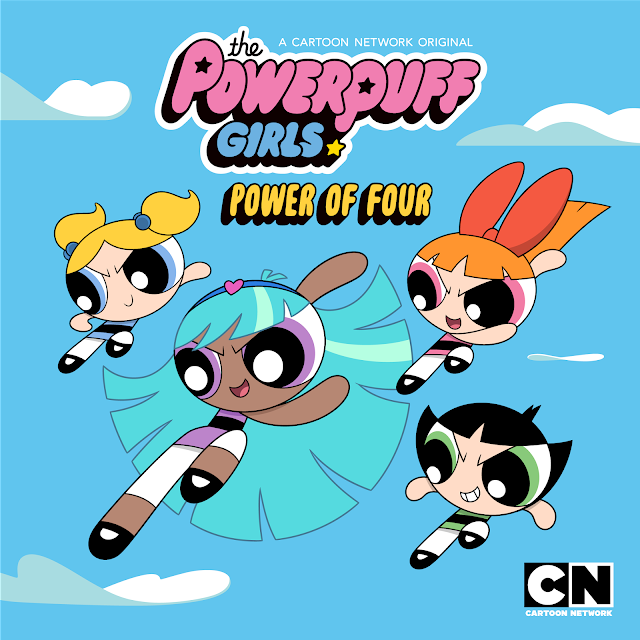 Meet Bliss, Cartoon Network’s 4th Powerpuff girl and the long-lost older sister to Blossom, Bubbles, and Buttercup! Bliss has returned to Townsville to learn the true strength of her incredible powers – which include flight, teleportation, telekinesis and super strength! This follows her Asia reveal via Facebook Live yesterday.

Bliss makes her on-screen debut on Cartoon Network (Astro Channel 616) in the five-part special event, The Powerpuff Girls: Power of Four over the next weekend. The first three episodes premiere at 11:30am on Saturday, 23 September followed by the final two episodes at 11:30am on Sunday 24 September.


Long before he created Blossom, Bubbles and Buttercup, Professor Utonium created a little girl named Bliss who embodied all of the same traits: she was smart, sweet and incredibly powerful. After a mysterious disappearance, she hasn't been seen by anyone for years. Now, as a teenager, Bliss has returned to discover she has three incredible superhero sisters! Stronger together and reunited as a family at last, the four Powerpuff Girls work together and use their powers to save the day – before bedtime.

Created by Craig McCracken in 1998, The Powerpuff Girls follows the three sisters who have dedicated their lives to fighting crime and forces of evil that threaten the city of Townsville. To date, the show has earned two Emmy® Awards, five nominations and countless animation honors including the Kids’ Choice Awards - Favourite Cartoon category, the Annie Awards - Character Design in an Animated Television Production, and the Primetime Emmys - Outstanding Animated Program.

Cartoon Network is available in Malaysia on Astro Channel 616.
entertainment