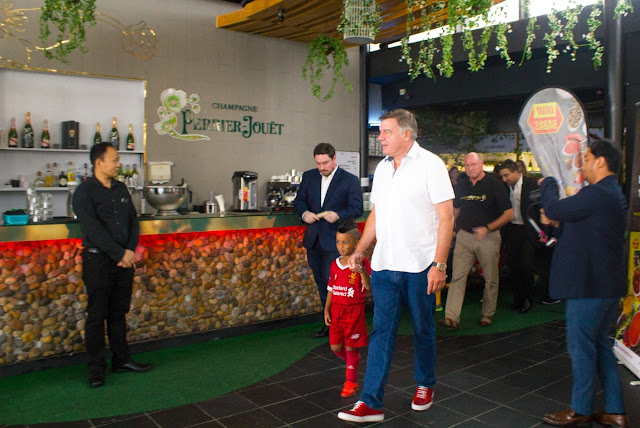 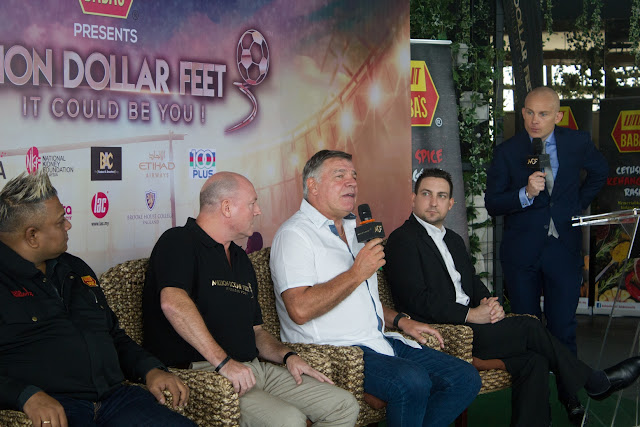 The second season follows the astounding success of last year’s inaugural season, where Adam Roshan Kris Azman from Kuala Lumpur and Mohd Yusry Haziq from Sarawak were both selected to receive the coveted prize of a trial in the United Kingdom. They were each awarded an exclusive two-year scholarship from one of Europe’s top football academies – Brooke House Football Academy – worth a collective total of RM1 million.

“Youth development in football is critical in establishing a top footballing nation. The game is truly global and I strongly believe that a Malaysian can play at the top level in the Premier League in the coming years,” claimed Allardyce. “We want to see a star from South-east Asia and that’s why I fully support what the chaps at Million Dollar Feet™ are aiming to achieve.”

Following last year’s format, Million Dollar Feet™ 2017 is open to all youths residing in Malaysia aged 11 to 16. To give all Malaysians access to the competition, tryouts will be held throughout Malaysia starting with Penang (7 & 8 October), followed by Sarawak (13 & 14 October), Kelantan (20 & 21 October), Johor (27 & 28 October), Kuala Lumpur (3 & 4 November) followed by the finals on 5 November.

“We hope to eclipse last year and see over 10,000 young participants in 2017,” added De Kretser. The best of the best will be flown to KL for the grand finals, where two winners are crowned and flown to the UK for an opportunity to showcase their skills to scouts and academies from UK’s finest football clubs! We hope to add two more exciting additions to follow in Adam and Yusry’s footsteps towards achieving their dreams.”

“If there’s anything to be learned from last year’s season of MDF™, it’s that Malaysia truly has exceptional young footballing talent. Given the right opportunity, platform and training, these potential talents are capable of making it into the big leagues in Europe, which is what this programme is all about. I said this last year and still maintain that Malaysia will have its first representation in the big football clubs in the not too distant future, and we’re all committed on making this a reality with Million Dollar Feet™,” said McMahon.

This new season of Million Dollar Feet™ will receive continued support from the Ministry of Education, Malaysia and the British High Commission, Kuala Lumpur.

“With a rich history dating back more than 30 years, we are now a household name throughout Malaysia, with a multiracial clientele stemming from all walks of life. When you look at it, these are the values that MDF™ stands for as well, to give an equal opportunity for all young Malaysians to shine, which is why we wanted to be part of this truly amazing initiative,” said Stanislaus.

Young football talents who wish to try out for the competition can register free of charge by logging on to www.milliondollarfeet.com.